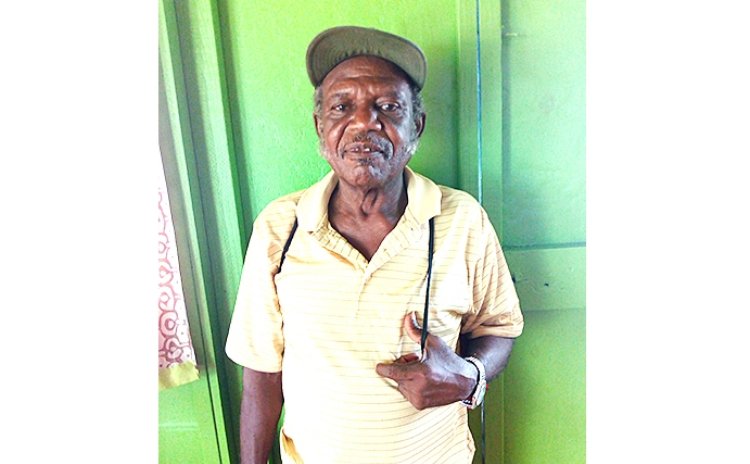 Imagine the days before electricity.

It's nighttime and you are sitting around a fire with family and friends.

The sounds of crickets and other creatures are a distant noise as you listen to the story being told in a captivating style handed down by African ancestors.

This unmistakable style is known as Konté —the longstanding story telling tradition in Dominica that still holds its own today.

Retired Chief Cultural Officer Raymond Lawrence explained that Konté is told in Kweyol and is intended to be humorous.

The storyteller keeps the audience engaged using the prompt, "mésyé kwik!"; to which the audience responds, "kwak!"

Konté was an integral part of wakes back in the day when wakes comprised nine nights of prayers and included stories and songs.

The traditional nine-night wake is fading, but Konté is being kept alive through a competition that is held as part of Independence cultural activities.

In the early days, Konté included a little chant, but this aspect of the tradition has died.

Wilfred 'Sawell' Challenger is an avid fan of Konté. And his ability to see the lighter side of life has won him a number of competitions over the years. He even has a friendly rivalry with his brother Damas Challenger.

As you can imagine, our talk with him by the seaside had its share of light moments as Wilfred, known as 'Sawill' told us about his life and the art of Konté.

Wilfred hails from Castle Bruce and has performing Konté for nearly 19 years now, an art form he grew fond of in his boyhood days.

"The Konté is like a folktale…something that is not true, but can happen in time to come; or something that has happened and you turn it into a big joke…it's a jokey thing that could make you laugh," he said.

Asked how he became involved in Konté, Challenger took us down memory lane.

"When we were young growing up….when it's six o clock we have to be inside. And after we finish supper at six, mommy and daddy would give us bedtime stories…they don't want us to go out again, so they have us occupied," he laughed.

As a child, he listened keenly to other storytellers, especially at wakes.

Back then, there were no funeral homes and the body "lay in state"— he joked— at the home of relatives for about 24 hours before burial.

He recalled that people visited, singing and telling stories and humorous anecdotes about the life of the deceased.

"It's in the wake I learnt all my stories…people used to give you stories in wake and play games…it don't have that again," he said, joking that the tradition came to an end with the advent of funeral homes.

Wilfred said his stories always have a realistic twist, based on the vagaries of life in Dominica. He is inspired by real life scenarios, which he picks up everywhere.

Wilfred said he often combines several old stories he has heard— sometimes up to 10— to make a single new one.

Though he has been doing this for nearly 19 years, Wilfred vividly remembers every story he has ever told.

Today, while he continues to participate in competitions, Wilfred is also doing his bit to keep Konté alive.

At a small village school, he teaches children the art form free of cost, sharing his techniques and experiences with a new generation.

He is adamant that his students must never use foul language or tell vulgar jokes.

Wilfred is 66 years old and a farmer by trade. He is also a prize-winning harmonica player.