The New Head of Hucksters Association: A Change is Coming 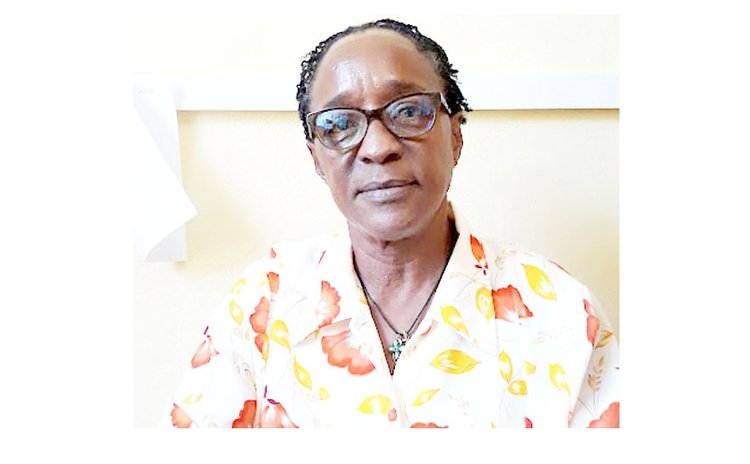 After more than 40 years of playing an integral role in the operations of the Dominica Hucksters Association (DHA) general secretary Cecil Joseph has handed the reigns over to Leandra Laidlow.

Laidlow's journey in the huckstering business started in the early 1980s when she began managing a huckster. This involved her going on the field, getting boxes, obtaining produce, packing the items, and then shipping the produce. She even did the accounting for the huckster she managed.

In an exclusive interview with The Sun, Laidlow said the post of interim general secretary comes as no surprise

"I have always been intimately related to the Hucksters Association because I managed a huckster for over thirty years… I know Ms. Morancie and Mr. Joseph for quite a bit of time. So it's not anything new as such," she said.

According to her, if you ask people for a description they would immediately point out that she is serious about her business. And that is how she plans to put her stamp on the DHA. "I think that would be one of the things I would bring to this Association, I am very serious about the survival of the Hucksters Association and how the Association can benefit its membership," Laidlow said.

Speaking of benefiting its membership, Laidlow plans to use her over four-decade-long career in education to further uplift the Association's members.

One of the agenda items on the forefront for the new gen. sec. is sharing knowledge on the Fresh Produce Act.

Laidlow explained to The Sun she will have to do further research into the Act before educating members on its contents and what it means for the association.

"I have skimmed through it and looked at some of the sections but I need to go a little deeper," she said.

As regards membership, the interim general secretary is pleased with the number of young people and men entering the huckster industry and predicts this will bring a positive change to the trade.

"A change is coming. Because I see the new set of persons plying the trade, they know about business, they are educated, they conform to the laws and they realize they have a responsibility to the export so they take that very seriously," Laidlow said.

Educating and growing membership are just two of the four key results areas the Association is hoping to gain traction on in the near future.

"In the next five years, I expect the association to be able to provide enough for their members to solicit assistance, grants, projects, maybe one or two projects in every five-year cycle for education, for sustenance, for grant funding," she said.

The start of construction on an upgraded building for the association is also high on Laidlow's to-do list.

"I am still researching, asking questions, and I will identify the key persons that I have to go to make this happen. So it is one of the key results areas, that building, that space to operate," she said.

Laidlow described the former general secretary Cecil Joseph, as the machine which kept the DHA going, especially after Hurricane Maria.

As a result of this, the association will be stepping up its game in terms of documentation and record-keeping especially of its members which stands at approximately 200 to date.

To this end, Laidlow revealed that during this transitional period Joseph will be undertaking a project to determine the exact number and demographic of the association's members and how best to cater to their needs.

Laidlow is confident that with the support of her team and staff, the Hucksters Association will continue to thrive into the future.