The Orchid House is republished 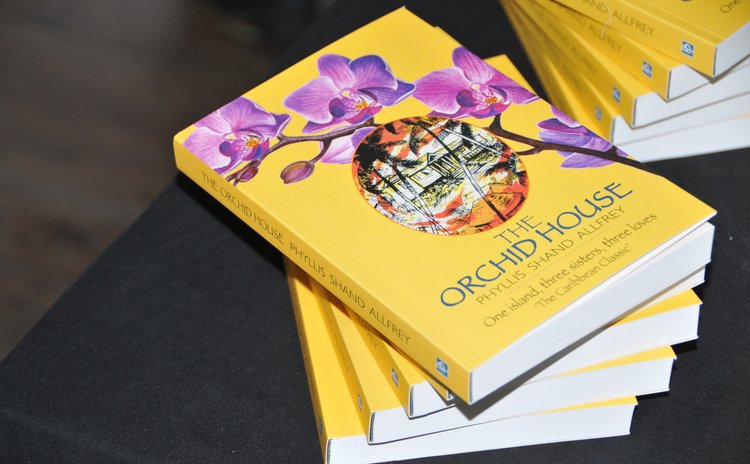 Books on display at launching

Phyllis Shand Allfrey's classic Caribbean novel, The Orchid House, has been republished by Papillote Press and was launched at the Baracoon Building on April 20.

Speaking at the launching of the new edition of the book, Dr Schuyler Esprit said that this was a really exciting day for her because she have "really wanted to see my name in print."

She said that Dominica has given her opportunities to write in a way that is immediately satisfying and rewarding.

Schuyler revealed while doing research with her interns for a presentation they found the work of Phyllis Shand Allfrey's grandfather at the Harvard University.

"All kinds of information by Dominican people are in a foreign place…our history and very important work that has been done by Dominicans people live somewhere else," she said.

Esprit added that Allfrey was not considered to be part of West Indian literary tradition because of the time in which she was writing.

She said Allfrey was writing during the 1950's and 1960's where anticolonial movements were happening in the Caribbean.

She added during the 1950's and 1960's literary artistes and scholars were claiming back the African traditions and therefore people like Allfrey did not fit into that margin.

"What we have is someone who from very early on rooted into the society and went away and remembered all of those influences and put together this novel when she was in England in the 1940's returned to Dominica in 1953," he said.

On May 24, 1955 Phyllis Shand Allfrey founded the Dominica Labour Party along with Emanuel Christopher Loblack.

She was the editor of the Herald and founder of the Star in 1965; she received a Golden Drum Award on November 3, 1982.