The plight of the poor at Christmas 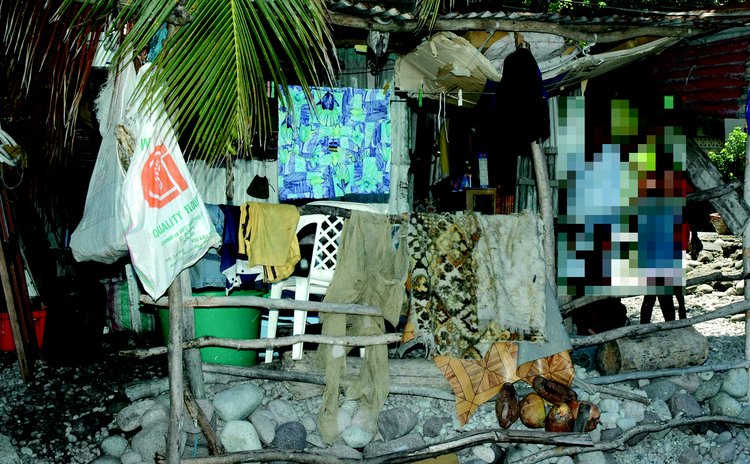 For some of us, Christmas just would not be Christmas if we couldn't put turkey, ham and other delicacies on the table.

But for those who are less fortunate, dainty meals and treats are unheard of in their homes on Christmas Day.

That's not their Christmas tradition. They simply can't afford such luxuries. And they don't miss what they hardly or never ate.

Sadly, for some of the poorest among us being able to eat any food at all on Christmas Day is a welcome treat.

One woman put it quite bluntly when she was asked what she would wish for this Christmas. "Food and clothes", she said.

And she didn't mean sumptuous food and stylish, new clothes-she meant any food and any clothes that would fit her.

A mother of eight, she confesses quietly that she often thinks her life and circumstances are so difficult that she's better off dead.

She, her children and her senile mother live in a dilapidated one-room shack with no toilet or water -a river is their bathroom!

As the sole breadwinner and all 10 persons in her household, she's at her wits end to provide food, clothes, shoes and so much more.

Many times, she is so broke that she can't even put tea on the table for her children and mother to drink.

"The children feel hurt when they see other children with nice food and they don't have," she says sorrowfully.

"I can't give them anything nutritious," she explains regretfully because she knows their starchy, low-protein diet is unhealthy.

When her children ask for corn-curls or pasta, she just doesn't have the money to get it for them.

Even worse, on days when there's no money for food, the children have to stay home from school.

The woman, who is unemployed, says she has to get by on a monthly allowance of $375 from the Welfare Division.

It isn't much, but she's grateful. She does miracles every month with this and her mother's $80 pension to keep her family alive.

To stretch it to the maximum, she invests as much as she can in selling small items.

She apologises to her children for their hard life, which is made even harder by physical and verbal abuse from others in the area.

Recently, someone banged her son's head and rubbed a slipper in the child's face.

"Sometimes I can't take it again…" she said.

She hopes to be selected to get an apartment in a nearby Government housing project for low-income families.

To her, this is a ray of light at the end of a long, dark tunnel. If only she is selected to move there, her life will be more bearable.

Another resident from the same community remarked, "We don't see nothing shining for Christmas. "Most of us are unemployed."

She says she would love to have a Christmas tree, but it would make no sense because she can't put any gifts there.

A single parent and mother of seven, she likes to be self-sufficient, so she does a little vending at Independence and Carnival events.

Asked about Christmas turkey and ham, she laughs outright. Most residents in her area don't even have an oven, she remarks wryly.

She recalls getting a ham from a 'parl rep' that she kept frozen for more than a year— she had no idea how to prepare it.

"I want to ask people that have, to remember the less fortunate . . . they have ham and turkey, some don't have back-and-neck!" she says.

While it is difficult making ends meet, she gets by with whatever little she earns along with help from her brother and a friend overseas.

This resident notes that despite the hard times they face, some of them come together and share the little that they have.

Her wish for Christmas is for greater togetherness, and she hopes to give her children what they need some day.

She also has an impossible dream — to spend one more Christmas with her mother who has passed away.

This Christmas, it's also her wish that the Prime Minister or other member of Government would pay them a visit as well.

A third resident, who lives in an apartment building for low-income families in Silver Lake, spoke of how depressed she gets.

She says she can't take it when her children ask for something and she is unable to give them.

She has been unsuccessfully hunting for a job. And her application for aid from the Welfare Division was rejected.

Her electricity and water services have been disconnected, she says, because she owes hundreds of dollars and is unable to pay.

Providing a daily meal for she and her children is difficult and often, all she can afford to do is prepare a single meal a day.

"Not all eat, some eat," she remarks, noting that they were given a new apartment, and while she's grateful, she needs more help.

"They just put us in the home and that was it," she laments, adding that there's no work for them, so life is tough.

Her wish for Christmas is for plenty of food, lots of money and good health.

She's looking forward to the arrival of her father in Dominica; that's the only way she might have a reasonable Christmas.