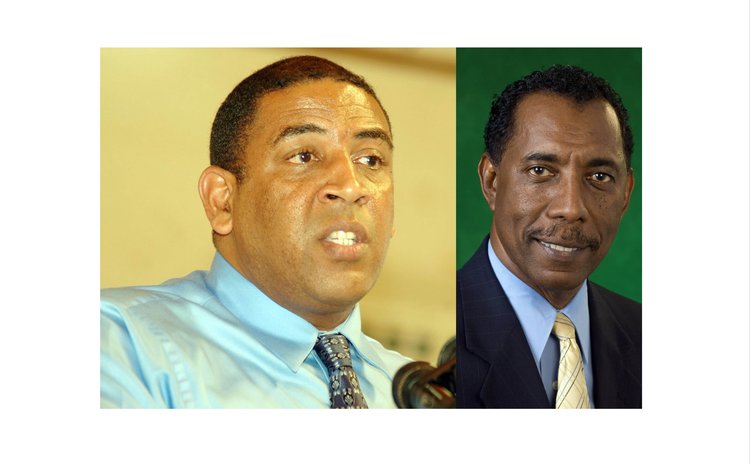 Kinnard Leatham first played League basketball with Pros Junior (Division III) during the mid- to late-1970s. Thereafter, "Big Joe" played with Pros (Senior) for five years, from 1979 to 1983. He was part of the team together with national players Stephen "Homo" Bellot and the Moore Brothers (Garry & Anicet, a.k.a. "Gorvan"). He also played with Sylvester "Wong-Ping" Defoe, among others.

Kinnard subsequently studied medicine at the Albany Medical College in Albany, New York, USA, and earned his Doctor of Medicine degree from that institution in 1992.

Dr. Leatham remained in the USA and went on to specialise in General Surgery & Critical Care. He is currently practising in the State of Pennsylvania.

John Collin McIntyre - the older brother of Irving McIntyre and father of Shane McIntyre - is more popularly known as Collin, and "Dr. Mac". Collin played basketball with Fond Canie Rebels and the Roseau Valley Basketball Team in the national league.

In the early days of the "Crapaud disease" (Chytridiomycosis) in Dominica in the early 2000s, in collaboration with the Forestry & Wildlife Division Dr. McIntyre was intimately involved in attempting to diagnose the cause of the widespread mortality of our Mountain Chicken at the time.

A couple of years later Dr. John Collin McIntyre was sworn in as a Senator in Dominica's Parliament and was appointed Minister for Agriculture & Fisheries in the Cabinet of Ministers. He served in that capacity from 2005 – 2009, then as Minister for Trade & Employment, and currently he is the Minister responsible for Planning, Economic Development & Investment.

Dr. Mac is the current Parliamentary Representative for the Roseau Valley Constituency, and is also the sponsor of the 2016 national Premier League Basketball Champions, Dr. Mac Prowlers.

Shane McIntyre, son of Veterinarian Dr. John Collin McIntyre and nephew of Dr. Irving McIntyre, played basketball in the Premier Division of the national league firstly with Knicks and later with Prowlers. He plays in the positions of Guard and Forward.

Shane also played in the Trafalgar Basketball League with Fond Canie Rebels, as well as in the Roseau Improvement Committee (RIC) League on Bath Road. And while attending Medical School in China, from 2007-2012 he played in the "intra-mural" League run by his school, and in the First Division of a District League in Shanghai.

Turning away from the basket and the ball, Shane attended the Shanghai Jiao Tong University School of Medicine in the People's Republic of China, and earned a Doctor of Medicine degree in 2012 therefrom. Upon his return to Dominica he practiced general medicine from 2013-2016.

Dr. McIntyre subsequently returned to China in 2016 where he is currently pursing post-Doctoral training at Southern Medical University located in Guangzhou, the capital city of Guangdong Province. His training, which will continue to 2020, is expected to lead to his specialization in Obstetrics and Gynaecology.

Donald Peters – one of the pioneers of Dominica's basketball - first played League basketball with Dominica Grammar School in 1967; he then captained Falcons in Division I in 1968.

Donald continued as Captain when Falcons was re-assigned to Division II with the introduction of a second Division in 1969. He was a regular top-scorer for his team back then, and was also selected on the 20-man training squad for the 1969 Dominica Island Team.

Donald subsequently left Dominica to pursue studies overseas, and in 1991 he earned a Doctor of Philosophy (PhD) degree in Political Science and Public Policy from the University of Massachusetts Amherst in the USA.

Taking a time-out from basketball, but still remaining on the field of sports at the national and regional level, it may be of interest to note that Donald Peters served as the youngest manager of the Dominica Cricket Team in 1970, and later became the Chief Executive Officer (CEO) of the West Indies Cricket Board (WICB), a position he held from 2007 to 2009.

Currently, Dr. Peters is serving as President of the Dominica State College, a position he has been holding since 2010.

Article concludes with Segment E in next issue