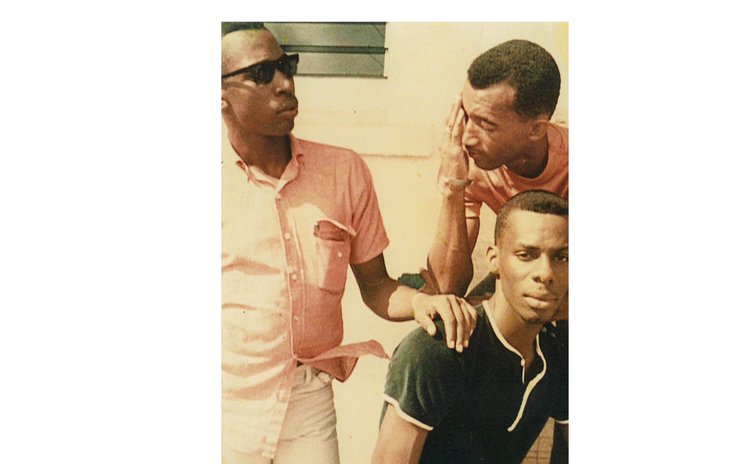 Cecil Mathurine is another of the pioneers of basketball in Dominica, having played with DGS in 1967, the same year that that school team entered the then 2-year old national league. Cecil scored 10 points for DGS in their 35-23 win over Argonauts that year. He was also one of the "big boys" in the DGS Cadet Corps in the 1960s.

In those days there was no Sixth Form College (SIFOCOL), nor Clifton Dupigny Community College, nor Dominica State College. And so, some time after graduating from Sixth Form Cecil left Dominica to pursue studies in Medicine at the University of the West Indies, where he earned a Doctor of Medicine (MD) degree in the mid-1970s.

Herbert Thomas was included in the Basketball Doctors… Playing Football? Jump Ball article which was published in February 2017 due to an error; however he is one degree short of earning a doctorate.

"Herbie", however, is one of the outstanding pioneers of Dominica's basketball, having played in the first ever national basketball league competition some 51 years ago. In the 1960s he played for two different teams in three years and contributed towards the development of the sport in the country.

Herbert first played with Citylites in 1966, and that year assisted his team in winning the first-ever Basketball League Championship in Dominica. He was also a member of Dominica's first Island Team in 1967.

In 1968 Herbert became a founding-member, captain and coach of the legendary Caroni Cardinals, who went on to win 12 championships in their first 6 seasons (1968-1973). Herbert also captained Dominica's 1968 Island Team.

A few years later, Herbie attended Providence College in Rhode Island, USA where he obtained a Bachelor of Arts (BA) degree in Economics. He later went on to obtain a Master of Arts (MA) degree, also in Economics, from Boston College in Massachusetts.

Subsequently Herbert lectured at Roxbury Community College in the Roxbury neighbourhood of Boston, Massachusetts before returning to Dominica where he lectured in Economics at the Dominica State College.

It may be of interest to note that among the 13 doctors who played basketball in Dominica, four of these are among the pioneers of our national basketball league, having first worn their uniforms in the mid-1960s. And while most of the medical doctors and dentist are still practising today, one MD has retired and another has moved over to a different profession but still with links to the field of medicine. One of the PhD holders also switched to Law.

Two of the MDs represented Dominica on the senior national basketball team, while two others played on Dominica's Team in the Windward Islands "Inter-Schools" Games.

Two of the youngest of the medical doctors presented above are recent League players, with one also serving as a referee in the national league. Another, still relatively young, regularly plays pick-up ball as a means of keeping fit.

Two of the 13 holders of Doctorates who played basketball locally (the DVM and an MD) got into "party politics", with one currently serving as the Parliamentary Representative for one of Dominica's 21 Constituencies; the other was unsuccessful in the 1995 General Elections.

Furthermore, two members of the group (an MD and the DVM) are brothers, while one of these brothers also has a son in the line-up, making for a father-son-brother-uncle-nephew connection between those three.

These holders of MDs, PhDs, DVM and BDS degrees, who played (or still play) basketball, have demonstrated that one does not have to forgo sports for academics.

Jump Ball wishes these "basketballers-turned-doctors" all the best in their current professions or in retirement. We salute each member on this distinguished "team" of real doctors in Dominica's basketball, and it is hoped that in time the team will increase in numbers with some "new blood".

Jump Ball also says a "big-dunk" Thank You to Adrien, Ashton, Cecil, Collin, Donald, George B, George D, Irving, Jonathan, Joseph, Kenrick, Kinnard, Shane - and Herbert - for your contributions, individually and collectively, to the development of basketball on Dominica and to overall national development. Each one of you, please stand to be saluted.

Information presented above was obtained from various sources, including telephone and F2F discussions; correspondence through email and via WhatsApp; the Internet; and archived newspapers. Thanks to all who contributed – including Yannick Bethel, or who assisted in "linking" me to some of the Doctors.