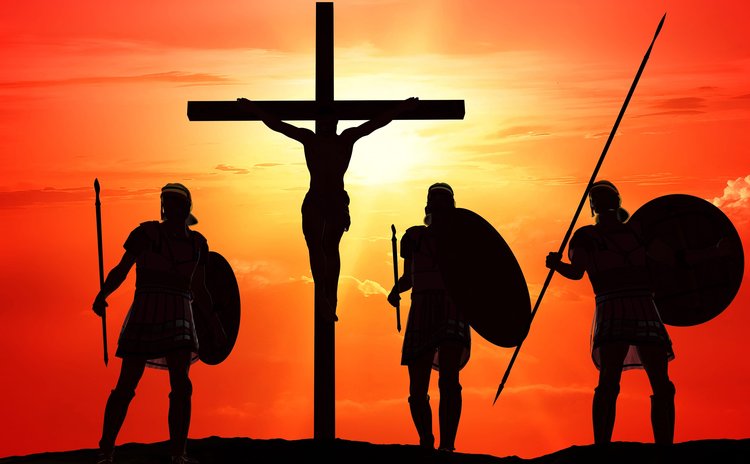 Image of Jesus Christ on the cross

In a few days thousands of Dominicans will join more than one billion Christians around the world to celebrate Easter. Most of us who will participate in the celebration will once again stand in wonder of the power of the living God who died on the cross, rose from the dead and promised to save a world full of sinners. Easter has been described as the essence of the Christian faith and Christians believe Easter (the resurrection of Christ) is the real reason for life on earth. If there is no Easter, no resurrection, there is no Christianity; this is a simple and profound fact.

At Easter every year, Christians celebrate the resurrection, God raising His beloved Son from his earthly grave. But to many Christians, Easter symbolizes the fact that the majestic God can also work wonders to transform the most wayward life of the most terrible sinner. Jesus rising from the grave tells us if we live like Him, we too will one day rise from the grave and live for eternity.

But after devastating storms, like the category five Hurricane Maria that shattered the lives of almost everybody in Dominica on 18 September 2017, many Christians have been asking that question: why would a holy and compassionate God allow nature (ferocious wind and angry water) to inflict such havoc on saints, sinners and every soul in between? Does that mean that God is dead? Does that mean that God doesn't care anymore? And does that mean that billions of Christians are wasting their time celebrating such events like the death and resurrection of Jesus Christ? As many Dominicans have suggested, was Hurricanes Maria and David severe punishment from God because we have drifted, with impunity, so far away from His basic teachings?

We do not know the answers to these questions and we do not pretend to know. The Bible, God's sacred word, reminds us that God's ways and God's thoughts are not the same as man's ways and man's thoughts.

Nevertheless, Dominicans must realise by now that they are largely responsible for the level of destruction that these storms leave in their wake. In other words we should not blame the rivers for sweeping away houses and humans during a storm when we build on the river banks; we should not blame landslides for taking away roads and bridges when we cut trees on the slopes; we should not blame the wind for taking away our roofs when we allow our carpenters to build weak structures and our Government to consistently fail to improve our economy so that we can never be resilient- poor people cannot be resilient. So, God is in control of the elements, the wind and the rain, but he gave man the will to determine his circumstance, to advance his level of resilience.

But back to the fascinating story of Easter that will begin on Good Friday when Jesus Christ was crucified and buried. As the story goes: lo and behold, when the women who followed Jesus awoke on Sunday morning to perform their ritual duty to Jesus they discovered an empty grave.

The Apostle Luke tells us that on the first day of the week at early dawn they would come to the tomb taking with them the spices they had prepared. Imagine their surprise when they found the stone that covered the grave rolled away from the entrance and the body of Christ missing.

Jesus had earlier predicted that He would have vacated the grave after three days. The faithful believed Him because they had faith that the mystery of the resurrection is part of a larger wondrous plan.

Easter then is like rain on a parched field after a severe drought, the calm after the hurricane. Easter lifts Christians out of their daily frustrations of living; Easter brings freedom after one wanders lost in the forest of life. After the celebration of Easter, Christians become fully alive. This is what Easter is all about; this is what Christianity is all about.

It is a day, a period, when Christians are reminded of the power of God and his potential to transform lives. Hence, every day should be Easter because every day we need to hope that changes for the better will come through Christ no matter how dark the hour before the dawn. No matter how many tarpaulins still adorn our roofs.

But many Christians in Dominica lament the fact that Easter and the other religious holidays are now considered to be times to organise fetes and to have a good time. Carnival has just ended and it brought a time for fun and frolic when the excesses cloud the meaning of the occasion. Christians do the same thing at Christmas.

That is why some religious people have suggested that the name of many Christian holidays should be changed to reflect the true meaning of the occasion. For example, the name Good Friday should be changed to Crucifixion Friday and Easter Monday to Resurrection Monday. In other words, remove the association with the so-called pagan names.

The same could be said about carnival. We cannot understand the reason why the Catholic Church, despite its concern of the rambunctiousness and decadence and public nudity of the event and its close association with the Church, has decided to concur with the Government that carnival will remain on the traditional dates; that is, on the two days before Ash Wednesday and the beginning of the Catholic practice of Lent. The point is: the Catholic Church should not find it difficult to dissociate itself from carnival because historically carnival in the Caribbean was more associated to slavery and emancipation than Catholicism. But we digress.

By whatever name, Easter will always be the occasion to remind Christians of the unrelenting darkness that seems to surround Dominica and the rest of the world. Every day we are bombarded with news of unbelievable violence, terror, famine and the scourge of diseases such as Ebola, AIDS, Zika as well as hunger and ignorance. So who can blame Christians who doubt their faith and wonder to themselves, or aloud, whether the God who rose from the dead on Easter Monday is alive or whether He has given up on this wicked world.

With Easter then there is hope that God is indeed alive and well, at least for those who believe and act, sincerely, on that belief.

"Let every man and woman count himself immortal. Let him catch the revelation of Jesus in his resurrection. Let him say not merely, "Christ is risen," but "I shall rise." ~Phillips Brooks