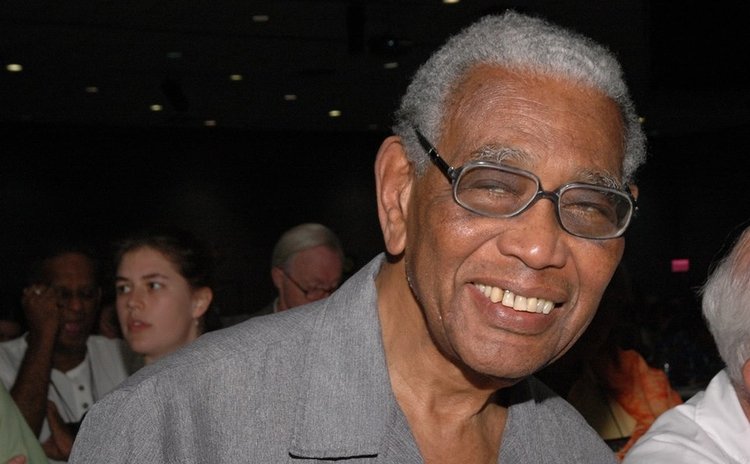 The Methodist Church Dominica Circuit announces the passing of the Reverend Dr Philip Alford Potter who died in Germany on March 30, 2015 at the age of 94 years. At the time of his passing the Reverend Dr Potter was a Methodist Minister in good standing with the Methodist Church in the Caribbean and the Americas (MCCA) and listed as a Supernumerary Minister of the Jamaica District of the MCCA, where he last served within the Caribbean.

Philip was born on August 19, 1921 in Roseau, Dominica to a staunch Methodist mother Ms Violet Peters and a Roman Catholic father – a member of the Potter landowning family after whom "Pottersville" was named. On graduating from the Dominica Grammar School, Philip was employed in the legal practice of a Mr Imbert, one of the island's leading solicitors. Given the promise that he showed, Philip was later appointed as assistant to the Island's' Attorney General.

From an early age Philip was actively involved in the life and witness of the Methodist Church in Dominica serving as the Superintendent of Church School of his home congregation of Bethesda and as a local Preacher in the wider Circuit. In addition to the strong influence of his mother, Phillip also had the support and encouragement of his Methodist Ministers particularly the Reverend W A Beckett and local lay members of the Church.

In 1943 Philip answered the call to fulltime Ministry in the Methodist Church. He fulfilled pre-collegiate appointments in the St Kitts and Nevis Circuits before proceeding to Caenwood Theological Seminary in Jamaica in 1944. He later pursued Theological Studies at Richmond College in London. On graduating from seminary, Philip was appointed to the Haiti District of the Methodist Church before being seconded to the Methodist Missionary Society headquartered in London.

While in Jamaica, Philip met and married his first wife Doreen Cousins who died in 1980. In 1985, Philip married Bishop Bärbel Wartenberg of Germany, a Lutheran Minister.

Philip's dedication to the Ecumenical Movement may be traced to his early years in Jamaica where he served as study secretary to the Student Christian Movement (SCM). His début on the international ecumenical scene came in 1947 when he participated in the second World Conference of Christian Youth held in Oslo, Norway. In the capacity of Youth Representative Philip was privileged to attend the inaugural and second assemblies of the World Council of Churches (WCC) held in Amsterdam and Evanston in 1948 and 1954, respectively. At the third General Assembly of the World Council of Churches in 1972 Philip was appointed its General Secretary, a position he held until 1984.

The Rev Dr Michael Jagessar, in reflecting on how Philip Potter, a Caribbean person, was able to navigate his way on the world scene makes the point that "Potter has spent most of his working life outside of the Caribbean. It is reasonable to consider him as a missionary in Europe. He served as the first Black Student Christian Movement (SCM) Overseas Secretary for Britain and Ireland (1948– 1950), Executive Secretary of the Youth Department of the WCC (1954–1960), Field Secretary of the Methodist Missionary Society for West Africa and the Caribbean (1961– 1966), and Director of the Commission on World Mission and Evangelism (1967–1972)." Jagessar concludes that "Potter served in these key positions primarily because of his abilities, charisma and qualifications." (At Home With God and in the World – A Philip Potter Reader, WCC, 2013)

Philip will long be remembered for his promotion of World Ecumenism, the development of the Theological Consensus document on Baptism, Eucharist and Ministry; Justice and World Peace; Racial Equality and the championing of the fight against Apartheid in South Africa; and advocacy for better relations between the West and the countries of Eastern Europe, particularly USSR, during the Cold War era.

In recognition of his accomplishments, Philip was conferred a number of honorary Doctorates from several universities around the world including the Universities of Hamburg, Marburg, Geneva, University of the West Indies (UWI), Birmingham, Berlin, Uppsala, Vienna, A Romanian Church Institution and Cape Town. He was also the recipient of the Japanese Nirvano Peace Prize (1986) and The Order of the Companions of Oliver R Tambo in Silver (2009), which is South Africa's highest civilian award for a non-national. Most significant, as an illustrious son of the Dominican soil, Philip was conferred the Dominica Award of Honour in 1988, which is the nation's highest award.

We extend an invitation to the general public to attend this service as we honor the memory of this outstanding Dominican Methodist Minister who contributed immensely to issues of ecumenism, church and society both regionally and internationally.

May the soul of this great luminary, scholar, Methodist Minister and church leader rest in peace, and may light perpetual shine on him!