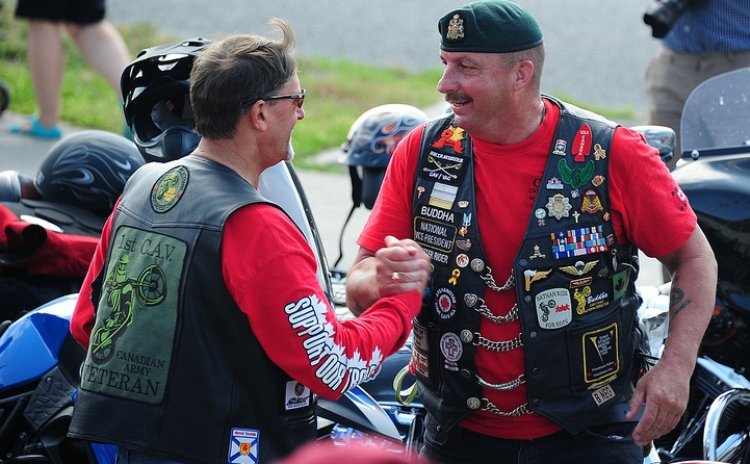 January 30th , 2014, Roseau, Dominica – On February 6th, 2014, Members of The Royal Canadian Legion, Canada's largest Veteran and community support organization, will be visiting Dominica aboard the M.V. Celebrity Equinox. Upon arrival to the island the around seventy-five Legion Members will honor Veterans with a Wreath Laying Ceremony at the Cenotaph. Seven members of The Dominica Legion will be present along with Representatives from the Ministry for Social Services, Community Development and Gender Affairs and Mr. Gerry Aird of H.H.V. Whitchurch & Co. Ltd..

The Legion formed in 1926, following the unity of various World War I Veterans' organizations. Founded with the clear purpose of service to the Nation through three distinct channels - care of Veterans, their dependents and the needy; keeping constantly alive public memory of the sacrifices of Canadians in the cause of world peace and thus providing a deterrent to future conflicts; promotion of unity, of thought and of effort among all Canadians leading to the development of a greater Nation, the Legion continues its work not just within the borders of Canada.

The Royal Canadian Legion is a member of the Royal Commonwealth Ex-Services League (RCEL) which supports veterans and ex-service members in present and former Commonwealth countries. In 1966 the Legion established the RCEL Welfare Fund to coordinate and assist member organisations in the Caribbean area. The Fund works to assist in fifteen Caribbean countries to over 375 destitute war veterans, widows and dependants as well as providing adequate housing, Poppy materials and campaigns, surplus eyeglasses, medical equipment and clothing collected which are shipped to those in need; as well as organisational assistance. In the wake of natural disasters emergency funds are appropriated (app. $300,000 Canadian in recent years). The Legion also works in cooperation with the Canadian International Development Agency, The Canadian Forces, the Salvation Army and other agencies to deliver services to Caribbean veterans, and advocates for them through approaches to local and national governments.

Local Destination Management Company 'Decide on Dominica' have spearheaded the efforts to coordinate the visit of The Royal Canadian Legion, the Wreath Laying Cermoney at the Cenotaph and their day on island. Following the Ceremony a land tour has been organised for the visiting Veterans with lunch and a Belle traditional dance demonstration by the St. Luke's Primary School students.