The saga of the death of DAPEX 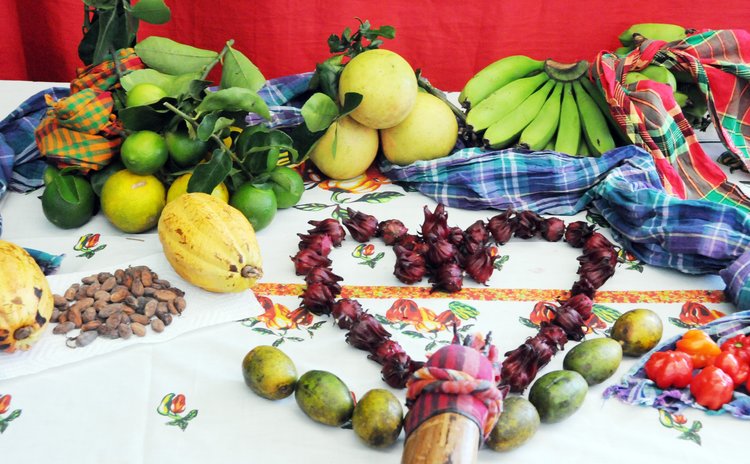 The death of the Dominica Agricultural Producers and Exporters Limited (DAPEX) in October 2016 has left a troubling gap in the export capacity of the island's agriculture sector.

By most accounts, the saga of the company's lingering death indicates many years of administration under pressure with plots, sub-plots and intense intrigue.

DAPEX started in 2002 as an updated model of the Dominica Banana Producers Limited (DBPL) to suit a diversified agriculture sector and new production and marketing trends.

There came a point where there was a problem with regard to the contract. The company's affairs were not completely certified and the marketing company insisted on certification.

Eventually the contract was awarded to Fairtrade so DAPEX did not have the revenue base which it had as the sole purchaser and supplier of bananas to Winfresh, he said.

It lost that market and moved to selling to the regional market. At same time Fairtrade continued to export to the UK. DAPEX sought… a closer relationship with Fairtrade, but it didn't work.

This created a competitive environment. Fairtrade and DAPEX worked independently. In that process, DAPEX lost a lot of money, Prevost explained.

Moreover, relations with Government had soured because of unresolved lease and sales agreement issues concerning properties the company worked from in Glanvillia, Marigot and Fond Cole.

In 2011, Prevost wrote to then Permanent Secretary of the MOA Samuel Carrette expressing "serious concern" at the ministry's handling of agreements.

Prevost referred to a "standstill" despite several attempts to get Government to regularize the sale or give long-term leases, as appropriate, for properties used by the company.

"Government sought to construct a new facility at Fond Cole, which meant displacement of DAPEX's operation base and a lot of costs were incurred," he claimed.

He added that the situation worsened cash flow problems caused by Government for taking too long to refund subsidies to DAPEX for fertilizer sold to farmers.

Furthermore, the company's problems were compounded by the impact of the worldwide dismantling of quota protection and preferential markets for Caribbean produce.

A source close to DAPEX said, "DAPEX needed preferential treatment to overcome competition from banana producers … where the cost of production of bananas is a lot lower...

"There were conditions; UK consumers agreed to pay more . . . Fairtrade bananas attracted a social premium… DAPEX and other companies got US$2 on every banana box sold."

In his view, the arrangement collapsed after the Windward Islands Farmers Association (WINFA) took over control of Fairtrade banana exports from DAPEX.

"I believe WINFA got too ambitious and misled the farmers and got hold of complete management and sales of Fair Trade bananas at the expense of the producers," he said.

"From the time WINFA took control, DAPEX lost exports of banana to the UK … and had to start scaling back on employees," he recalled.

Furthermore, DAPEX's cash flow from fertilizer sales dwindled because "Government brought fertilizers from overseas and started giving away free to farmers," he claimed.

"There was a downward spiral in the production of bananas. The last nail in the coffin was when 'black sigatoka' [crop disease] hit," he said.

In 2012 Prime Minister Skerrit announced that, "Government and DAPEX have entered into an agreement under which Government will provide interest free loans to DAPEX …"

And in October 2013, former Agriculture Minister, Matthew Walter handed over a $400,000 zero percent interest loan from Government to DAPEX as part of a revival plan.

Walter urged DAPEX to add value to the island's raw materials. DAPEX accepted the loan, but according to a source close to the company, it was too little too late and the company never got back on its feet.

Meantime, DAPEX's longtime issues with Government over the lease and sale agreements and the refund of subsidies continued to fester, ostensibly because of Government's foot-dragging

At the same time, Dominica's crops were severely affected by black sigatoka and other diseases, plus the impact of tropical storms and hurricanes.

DAPEX faced a major problem with the lack of adequate produce for exporting and was unable to meet the demand of existing buyers.

Prevost said the company rapidly lost markets and could not get new ones. At one point, it was forced to export fortnightly instead of weekly.

He added that the lack of capital assets because of unresolved lease and sale issues with Government meant DAPEX was unable to get emergency funding from financial institutions.

By March 2016, then DAPEX Chairman Grayson Stedman wrote to the MOA listing the problems afflicting the company and appealing for urgent assistance from Government.

Among 12 contributing factors mentioned in his letter were: "the tardiness of payment for fertilizer subsidy"; "lack of working capital" and "the passage of Tropical Storm Erika…"

On Monday October 31, 2016, DAPEX was declared insolvent and a liquidator was appointed, bringing a sad end to a key player in the agriculture sector with no replacement in sight.