"The Silence Breakers" named Time's 2017 Person of the Year 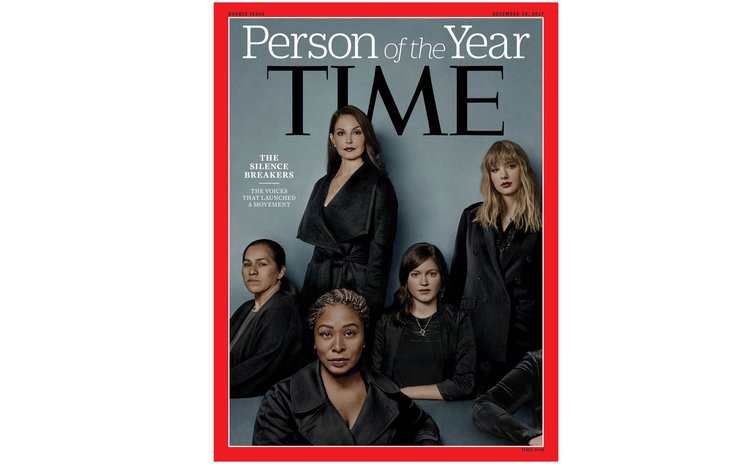 WASHINGTON, Dec. 6 (Xinhua) -- "The Silence Breakers" who sparked a national outcry over sexual harassment across the United States have been named as Time magazine's 2017 Person of the Year.

"The galvanizing actions of the women on our cover... along with those of hundreds of others, and of many men as well, have unleashed one of the highest-velocity shifts in our culture since the 1960s," Felsenthal said in a statement.

Time designated as The Silence Breakers the individual, mostly women, who have come forward this year to allege sexual misconduct against some of the society's most prominent figures and public officials.

Their revelations gave traction to the #MeToo campaign, which took off on social media and has led to a growing number of people sharing their stories on sexual harassment and abuse.

"Social media acted as a powerful accelerant; the hashtag #MeToo has now been used millions of times in a least 85 countries," Felsenthal said. "The idea that influential, inspirational individuals shape the world could not be more apt this year."

"For giving voice to open secrets, for moving whisper networks onto social networks, for pushing us all to stop accepting the unacceptable, The Silence Breakers are the 2017 Person of the Year," the editor-in-chief added.

Several figures in Hollywood and the media, including film producer Harvey Weinstein, Oscar-winning actor Kevin Spacey and talk show host Charlie Rose, are facing multiple allegations of sexual misconduct. Those allegations resulted in some of them being fired from their jobs.

Political figures, including Senator Al Franken and Representative John Conyers, have also been accused of sexual misconduct. Conyers announced his retirement on Tuesday.

Time has designated an individual or group of people who the magazine's editors believe has most influenced the year's news and events as Person of the Year since 1927.