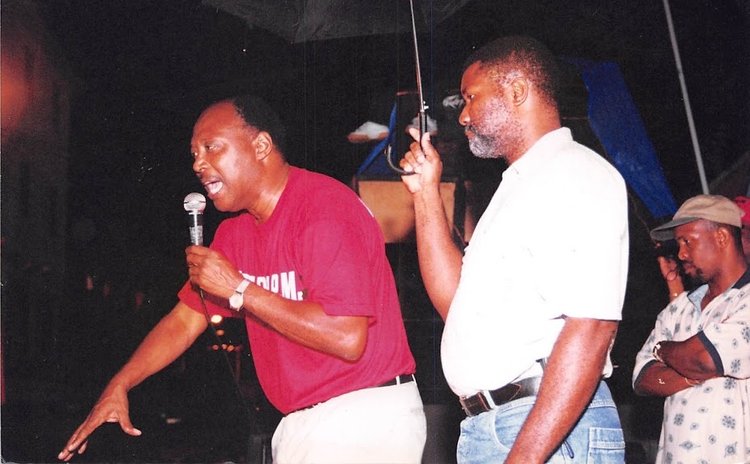 ROSEAU, Dominica. January 12, 2004 (Sun)- The recent death of Dominican Prime Minister Pierre Charles is a scary reminder of the severe pressures which are part and parcel of the high office of Prime Minister.

In 1978 and 1979, we lost Mr. Robert Bradshaw and Mr. Paul Southwell respectively. In 1981, Eric Williams left us, and in 1985 Tom Adams and Forbes Burnham both departed for the great beyond to be followed by Errol Barrow in 1987. There was then a ten-year hiatus until Cheddi Jagan died in 1997 followed by Rosie Douglas in 2000.

I am not for one moment saying that only Caribbean prime ministers fall victim to the stress of office resulting in health problems, since the record shows that other national leaders have also been so affected. Worse still, some of them maintained their positions in circumstances that could have damaged the national interest.

Sir Anthony Eden, Churchill's successor, was known to be suffering from the toxic effects of bile duct infection, and the chemical effects of stimulants. He was on prescription drugs that had certain side effects and also on stimulants to counter the side effects.

I take Sir Lloyd's views seriously. He has worn the shoe and knows how it pinches. He, therefore, advises Prime Ministers to make exercise a part of their daily routine and to have a healthy diet.

That is the kind of advice which should apply to everybody in what is referred to as sedentary jobs.

Yet there can be no doubt that notwithstanding appropriate exercise and diet, the job of the Prime Minister brings with it unique pressures. Here are the views of two former prime ministers. First Sir Lloyd Sandiford.

In his last Budget Presentation in 1984, Tom Adams, a political animal who enjoyed the office said at the end of his presentation: "Mr. Deputy Speaker, this is the 8th Budget I have had the honour to present to this House. It is not usual in Budgetary presentations to touch a personal note, but on this occasion, I feel constrained to depart from the norm and say that never before have I felt so great a sense of pressure leading up to my financial proposals as this year."