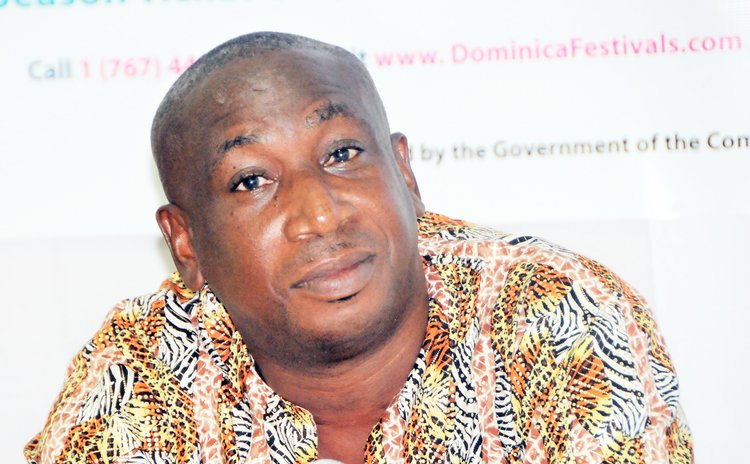 Despite his tender age and still being a schoolboy at the time, Leroy 'Prince Wadix' Charles did not allow that to stand in his way of creating the Dollars Dance back in the 1980s. Fast forward to 40 years later, the cultural ambassador who has lived, breathed, and sweated Dominica's culture for the past four decades, also did not allow the COVID-19 pandemic to stand in his way of blazing the trails in 2021.

Despite being what he labeled as an "extremely challenging year', Wadix who has received several awards including the Golden Drum Award in 2014 and 2018, the Meritorious Service Award spearheaded several innovative projects, "all without a dime."

"This year, I celebrated my 25th year and that's why I wanted it to be very special. I wanted to leave a particular mark for my 25th anniversary so that I could leave a legacy to leave a trail. So that's why I put a lot of emphasis without any financing. It's just pure determination and love for the country and a passion for the culture," he professed.

This first commenced with the creation of Creole Heartbeat in 2020, a creole magazine geared toward bridging the gap; forging and strengthening the relationship with our international creole fraternity.

"The reason for forming Creole Heartbeat was to, first of all, to set a barometer where we can gauge where the culture is, and assist where we can. And one of the areas that we felt was lacking is documentation," Wadix said.

Acknowledging the likes of Ian Jackson who for decades wrote on the arts and culture of Dominica, Wadix, however, says that he alongside the others on his team felt that enough of still wasn't being done.

This branched out in 2021 with the Ministry of Education, Creole Heartbeat Magazine, National Youth Council of Dominica and the Standing Committee for Creole Studies/Konmite pou Etid Kweyol (KEK) and the University of the West Indies (UWI) Creole Symposium on: "Language and Culture Preservation: The Impact of Creole on Dominica's Education System".

Directly after, in March, the creole ambassador hosted in collaboration with the UWI an inaugural Creole Heartbeat youth short story competition on 'Life in Dominica,' which he says was conceptualised to remedy a deficiency of writing among the youth.

A few weeks later, Wadix and his team were already at work and released to the public the sixth edition of the Creole Heartbeat magazine which similar to the preceding copies featured several aspects of the traditional and contemporary arts and culture in Dominica, which he remarks "was not available."

Throughout this period, the creole prince also started the weekly Creole Heartbeat radio programme -which is still ongoing- on Kairi Fm, DBS, and Q95, featuring top officials and the ordinary man.

In July, Wadix, who has gone all out over the years to preserve Cadence, the music genre created by Gordon Henderson and the Exile One group in the late Seventies, introduced the first-ever Cadence-Lypso month which objective was to bring back the energy the music once had, while pushing the education on the genre.

The month which featured several of the players of Cadence through four symposiums held attracted the attention of Prime Minister Roosevelt Skerrit who vowed to partner with Wadix and his team next year, to brand the month-long activity as one of Dominica's tourism products.

During this month, he also launched a virtual two days Sports symposium which featured an array of presenters on the topic of promoting sustainable development through sports.

On November 1, alongside Dr. Damien Dublin, Ibrahim Brohim, in the words of Wadix, "we baptized the Cadence-lypso square at the ferry terminal," with the unveiling of a billboard, displaying the creators of Cadence-lypso music Exile One.

According to the Sun 2021 trailblazer, this year has only been a precursor for plans which he has ahead.