The tale of three budgets: the good, the bad and the ugly 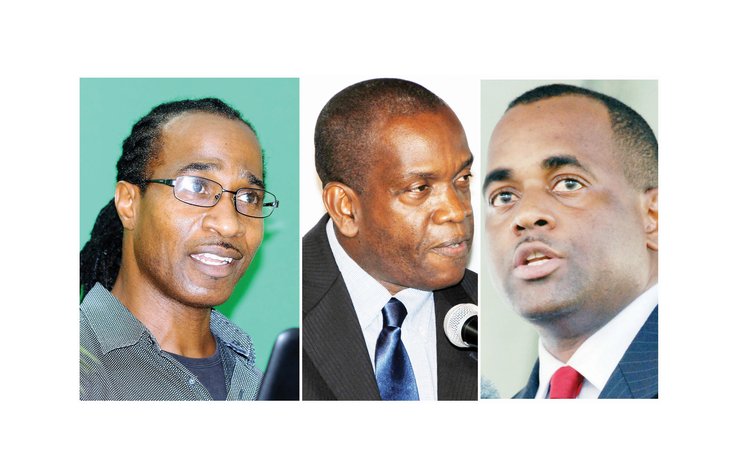 Both Lennox Linton, the Leader of the Opposition and Kent Vital, the political leader of the Dominica Freedom Party (DFP), are convinced that the budget Prime Minister Roosevelt Skerrit delivered to Dominicans on July 28, 2020 in Dominica's parliament will not ease the acute, persistent economic and social pain that the country is currently enduring.

They contend that Mr. Skerrit's prescriptions contained in the budget address was not even a half-medicine: it was no medicine at all.

And we agree, to a certain extent.

At budget time over the past two decades, Dominica's government has been doing the same things, yet it has been expecting different results- a perfect example of Albert Einstein's definition of raving madness.

Then there's budget number two-the bad. In the DFP's reaction, Vital said the government has always been spinning about the state of the economy: "To begin with, they continue to make excuses for Dominica's lack of progress…Over the last decade and more, the regime has moved from blaming the 2008 financial crisis, to blaming Tropical Storm Erica, then Hurricane Maria and now the COVID-19 pandemic. Of course, these external shocks to our economy are real, but it is the regime's failure at economic management and governance in general that has led the country to a point of extreme low resilience."

Then there is budget number one- the good, as promoted by the government of Dominica. In Prime Minister Skerrit's version of the economy, Dominica was doing very fine until COVID-19 came along to mess things up.

"In January 2020, we gained more encouragement from the assessment and forecast of the International Monetary Fund (IMF), that the Dominica economy was set to expand by, 5.5, 4.5 and 3.6 per cent, for the years 2020, 2021 and 2022 respectively. It must not escape our attention that the growth projection of 5.5% for Dominica, was 2.1 percentage points higher than the economic growth rate which the IMF was also projecting, for the countries in the Eastern Caribbean Currency Union (ECCU). By any measure, Dominica was doing extremely well," Skerrit said in his budget presentation.

But you will observe that in this budget presentation Mr. Skerrit did not inform the nation about the level of economic contraction that he, as Minister of Finance, was expecting in 2020/2021 due to the COVID-19 pandemic.

He nibbled around the subject saying that the more developed countries "envisions a 5.2 percent contraction in global GDP in 2020.... and growth among low-income developing countries is projected at minus 1.0 percent in 2020".

But what is the forecast for Dominica, how much contraction should Dominicans expect due to COVID-19 in this financial year, Mr. Finance Minister?

Additionally, in his budget address, Mr. Skerrit presented no specifics- on the number of unemployed and underemployed, on the number of businesses that has died and are expected to die, or the number of people who will fall below the poverty line into indigence.

For the tourism industry, the ECCB governor was even clearer. He said the sector had "ground to a halt" and the biggest question "on all of our minds was when tourism will rebound".

According to Antoine even remittances was expected to decline significantly and the sub-region will probably experience "reverse remittances" when Caribbean people are forced to send financial help to relatives and friends overseas.

Note that there are no relevant statistics from the Statistical Division on the state of the economy to inform enquiring minds; there are no studies and surveys from independent institutions or individuals and there are no commentaries from politically untainted pundits.

So we are really sailing on the wide open seas without a compass and we probably are no better off than the "Three Blind Mice" of the popular children's nursery rhyme.