The truth about lies that politicians tell 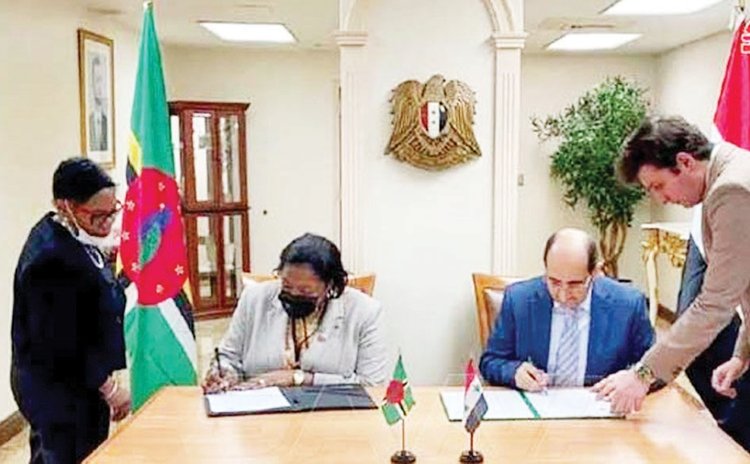 As the Roosevelt Skerrit administration tried to explain the circumstances that led to the establishment of diplomatic relations between Dominica and Syria many people, at home and abroad, have accused the prime minister of blatantly lying to the Dominican public.

Skerrit's explanation, to say the least, was vague, lacking in detail, and stretched the application of commonsense.

That so-called misrepresentation of the truth, according to the critics, was an effort to quell a firestorm of controversy ignited by the signing of the agreement between the regimes in Damascus and Roseau over which Skerrit pleaded ignorance. In a statement, he said that his ambassador at the UN, Lorraine Bannis-Roberts, had acted alone, without his knowledge or that of Dr. Kenneth Darroux, the foreign affairs minister and Bannis-Roberts' boss.

If Skerrit's explanation was not a lie, the argument goes, then that situation that led to the statement was nothing less than outright and embarrassing incompetence, and other people, including top-level civil servants and the minister of foreign affairs should pay, along with Bannis-Roberts, for such distressing ineptitude.

But note that Bannis-Roberts only was forced to resign over the issue – her resignation takes effect from 31 May, but she proceeded on immediate leave effective Friday 18 March, stated Skerrit in an address to the nation. However, despite admitting that Syria had written to the foreign affairs ministry in March of last year "confirming interest in establishing diplomatic relations with Dominica," the prime minister failed to elaborate on the ambassador's "clear lapse of judgement."

Many questioned both the timing and the rationale, particularly as Syria is seen as a pariah state by the international community because of the brutal suppression of pro-democracy protests in 2011 and the killing of hundreds of thousands of civilians, including the use of chemical weapons on his own people by Assad in the ongoing civil war. Damascus is one also of the strongest defenders of Russia's invasion of Ukraine.

But Skerrit's explanation has raised the issue of whether leaders at all levels in society are sometimes forced to lie. And, that politicians are all pathological liars who often lie when they do not need to lie. The fact is that leaders of all organisations lie from time to time. Whether it is the otherwise venerable clergyman, avuncular school principal, parent, or politician, people in charge are expected to tell lies to get themselves or their organisations out of a jam. Skerrit was certainly in a jam when the world learned that he was in bed with the butcher of Damascus.

If Skerrit lied to the people about Dominica's attempt at establishing diplomatic relations with Syria, this will certainly not be his first nor will it be his last attempt at trying to label black as white and up as down.

But he will have joined a slew of world political figures who have been caught with their pants down telling blatant lies. Think of former American president George W. Bush, and his senior administrators such as the late general Collin Powell, who lied about what they knew regarding Saddam Hussain's ownership of weapons of mass destruction that lead to the invasion of Iraq in 2003.

Of course, one of the most famous modern leaders who is said to lie as easily as he breaths is Boris Johnson, Great Britain's current prime minister. One British newspaper described Johnson as having "an unhappy relationship with the truth and… he seems psychologically unable to disentangle falsity from half-truth".

In fact, this tendency of world leaders to twist the truth has led John J. Mearsheimer to opine that "the fact is that strategic lying is a useful tool of statecraft".

Mearsheimer is the author of the book: "Why Leaders Lie: The Truth About Lying in International Politics" and a professor of political science at the University of Chicago, USA.

In that book, Mearsheimer added that "it pains me to make the argument that lying is sometimes a good thing. But international politics, as you know, this is a rough business — and sometimes it makes very good sense to lie."

Mearsheimer then provides an interesting definition of lying and went on to distinguish lying from spinning and concealment and other forms of deception which, he argues, are much more common in politics than outright lies. Truth-telling, he writes, is when an individual does his best to state the facts and tell a story in a straightforward and honest way.

Spinning is different from lying although there are instances where the two are as alike as identical twins.

"Spinning is when a person telling a story emphasizes certain facts and links them together in ways that play to his advantage, while, at the same time, downplaying or ignoring inconvenient facts," Mearsheimer writes.

The third form of deception that politicians often employ especially when they are caught with their hands in the cookie jar is concealment which "involves withholding information that might undermine or weaken one's position", writes Mearsheimer.

But the point is that lying, spinning, or concealment eventually destroys leaders' credibility. People, supporters, and non-supporters alike do not respect liars. When stakes are the highest, countries and organizations need to trust their leaders and if that trust is absent, they may very well distrust leadership when leaders need their trust the most. The current vaccination drive, against Covid-19 and its low take-up by the population, is an excellent example, not only in Dominica but in other countries, where people ignored health protocols because they did not trust their leaders.

The truth about lying in politics is, if Teacher Percy of the Lord Nelson calypso is not lying, hell is probably littered with the souls of politicians who luxuriate in fake sincerity, false promises, and outright lies. Lying has a price.