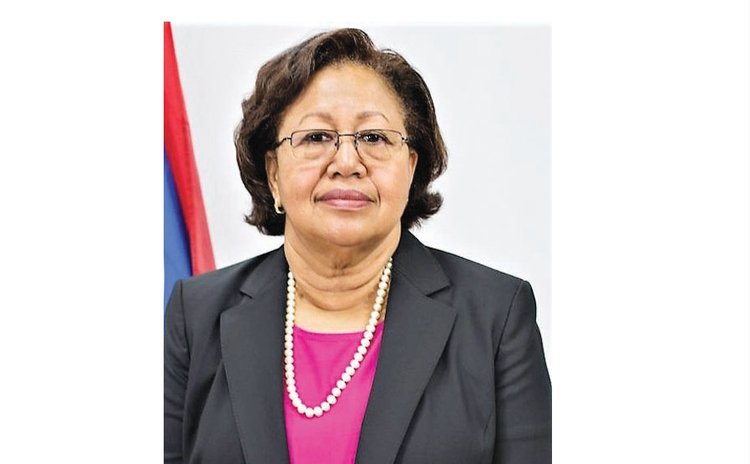 The UWI Regional Headquarters, Jamaica. W.I. Thursday, May 13, 2021. — The University of the West Indies (The UWI) congratulates Dr Carla Natalie Barnett who was announced as the 8th Secretary-General of CARICOM on Tuesday May 11, 2020. The two-time UWI graduate has made history as the first woman to be appointed to the post.

Dr. Barnett attained both her Ph.D. in Social Sciences and a Bachelor of Science degree in Economics from The UWI Mona Campus in Jamaica. The UWI community is filled with great pride to have yet another member of its alumni ascend to one of the highest offices in the region. Dr. Barnett is the third UWI Alum to assume the role of CARICOM Secretary-General, following Ambassador the Honourable Edwin W. Carrington and Ambassador the Honourable Roderick Rainford.

In formal correspondence addressed to the new Secretary-General Designate, Vice-Chancellor of The UWI, Professor Sir Hilary Beckles expressed his personal congratulations, noting that her appointment comes at a time when the Caribbean faces existential threats from chronic diseases, climate change and now COVID-19. He said that The UWI is especially gratified that one of its own holds this position of leadership during this critical time. Vice-Chancellor Beckles added, "The UWI and the CARICOM Secretariat have an excellent track record of working together. I look forward to building on those tremendous gains and hope that there will be an opportunity soon for us to discuss ways to deepen the collaboration."

A distinguished Belizean, Dr. Barnett previously served as a Deputy Secretary-General of CARICOM, was formerly Vice-President of the Senate in her country and has also served in various ministerial capacities. Among her other leadership roles include Financial Secretary of Belize, Deputy Governor of the Central Bank of Belize, as well as Vice-President (Operations) of the Caribbean Development Bank (CDB).

The University of the West Indies offers its heartiest congratulations to the first female CARICOM Secretary-General and wishes her a long and successful tenure.