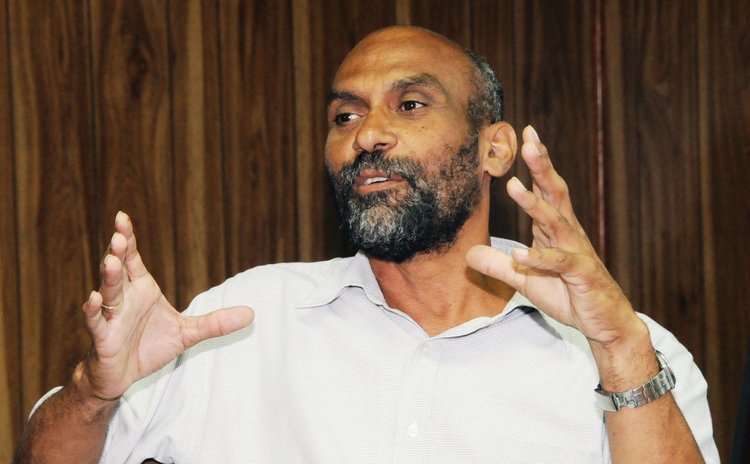 Government must abandon the "quick fix" approach and look at proactive disaster management as an integral part of national development.

This is the advice of Disaster Risk Management Specialist, Cecil Shillingford, who thinks Dominica tends to operate in a dangerously reactive way when dealing with natural hazards.

"I think we move from one event to the next; we deal with one event and then we move to the next event. I think right now what should be done is a serious post mortem, or an after-action review of what has just happened and take into consideration the lessons we are learning right now.

"I think we are too . . . reactive and we do not do enough long term planning. So we deal with this event, we wait for the next event to come … there is not the continuity that is required in [dealing with] such an important subject," he said.

Shillingford, who is the former National Disaster Management Coordinator, maintained that the island has repeatedly failed to learn from multiple experiences with natural disasters.

Noting that disaster mitigation has to be encompassed in development planning, Shillingford pointed out that Dominica is susceptible to many types of natural hazards and, as such, Government has to consider the vulnerabilities, levels of risk and acceptable risks when putting any infrastructure in place.

Moreover, infrastructure should be durable enough to withstand category-five hurricanes and last for the next 25 to 50 years.

"There are no quick fixes…a lot more money has to be put into infrastructure to ensure that the infrastructure is hardened or robust and, as such, can withstand some of these situations."

Shillingford commented that donors have fewer resources than they did before, so they have shifted to enabling countries to take care of themselves-- by providing resources to help them develop their capacity to deal with disasters.

Many people are not aware of this, Shillingford said, and that is why questions have been raised about the type and level of Post-Erika assistance some countries have been providing to Dominica.

"What they do not take into consideration is that-- outside of a disaster-- these countries and organisations are doing things in the country. And they are hoping that whatever they do in the country the government will ensure they are done well, they are done robustly and that the infrastructure is hardened," he said.

"They are always willing to do the humanitarian aspect, but sometimes I think they wonder why they have to be doing this infrastructure [assistance] over and over."

He made several recommendations on the way forward, one of which is to monitor the island's rivers and other water courses, which is particularly necessary during heavy rains when the rivers tend to silt heavily and the bed-levels are raised.

Shillingford said it is imperative to budget funds for dredging to lower the beds of some rivers to reduce the possibility of flooding.

He observed that, in general, most of the island's infrastructure fared well under the deluge, but some important bridges did not hold up.

In some cases, he said, the inadequate passageways under some bridges constricted the free flow of the forceful surge of water with stones, boulders and debris. That is why several bridges were destroyed and roads were also damaged.

He pointed to the recently built Pichelin Bridge, noting that it had a small span and a partition in the middle; so it was no surprise that this design was too constricted to withstand the high volume of water during TS Erika.

Therefore, Shillingford recommends that the span of bridges relative to the anticipated flow of water during storms should be taken into consideration during planning and construction.

Unsafe encroachment on the river banks, as well as inadequacies in the island's drainage systems are also serious problems that should be addressed urgently, Shillingford warned.

Further, he suggested that Government may have to consider putting up massive river walls where rivers run through communities in order to contain debris and flood-water during hazards.

Shillingford also highlighted the need for active first-responder committees communities, with the capacity to respond effectively during times of disaster.

He said the committees are supposed to be in existence, but for some reason they were not activated during the first few days of Tropical Storm Erika.

This may not mean that the committees are non-functional or weak, Shillingford said, speculating that they may not have the resources to do the work on the ground.

Explaining the importance of the community level response, Shillingford said these persons are the first responders before the national disaster management mechanism is activated.

"The national mechanism is in a central area…before that mechanism can get to the communities….you need to have that grouping on the ground to start working.

"Start working with assisting people in search and rescue if people are missing; assist in housing people if people have lost their dwellings and start whatever process that needs to go on in terms of feeding people if that is necessary before the national mechanism can move forward," he said.

Shillingford also noted the need to ensure that people charged with operating rescue shelters are trained to do so.

There may also be need to overhaul the National Emergency Planning Organisation (NEPO), he said.

"There are a few things that did not go too well…there seems to be some need for improvement, not only from the office standpoint, but also the various arms of NEPO," Shillingford said, noting that NEPO comprises nine sub-committees.

Shillingford thinks the time has come for a general assessment of all the communities and for island-wide vulnerability and risk analyses, particularly since many are in high risk areas for some type of hazard.

For instance, Belle Vue Chopin is surrounded by volcanoes and one scientist, Dr John Shepherd said that community will cease to exist if there is an eruption, Shillingford recalled.

Other communities are too close to the sea or rivers, are in landslide-prone areas or high in the mountains where it is particularly windy and therefore vulnerable during hurricanes.

Considering the nature of the island, Shillingford said Dominicans must learn to live with the risks and hazards and take steps to ensure that the island is not overwhelmed when there are such incidents and that the loss of human life is minimal.

Meanwhile, a World Bank paper published last year noted that natural hazards need not turn into disasters and that prevention is possible and often less costly than relief and response.

According to the paper, the World Bank is responding to the growing demand from its clients, building disaster resilience through five core areas.

These are: Risk identification, risk reduction, preparedness, financial protection strategies (which can include programs to increase the financial capacity of the state to respond to an emergency, whilst protecting the fiscal balance) and resilient reconstruction.