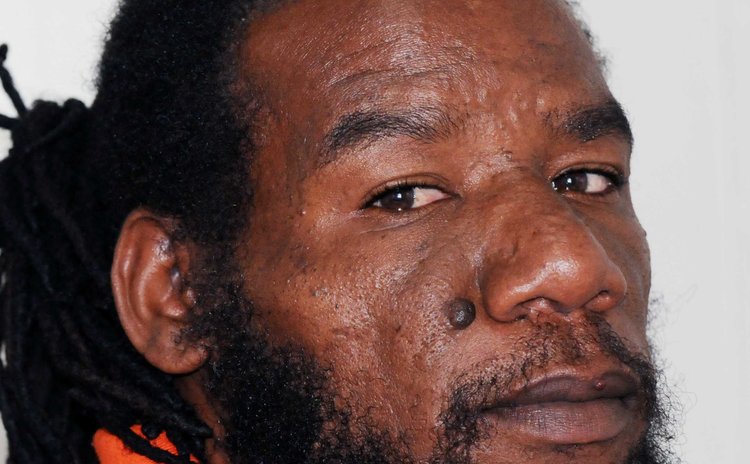 He says he may live to see the end of time because he is sure that the world will end in 2070, that is 67 years from today

"That's what I saw in my vision, the end of the world is 67 years away," Michael John told the Sun recently.

John, born in Newtown and raised in Guadeloupe, has written a 166-page book in which he describes the deep secrets of the book of Revelation, the last book of the Bible.

He said he was languishing in a prison in Baie-Mahauitin in Guadeloupe where he was serving a 12-year sentence for rape when the vision came to him. It was the year 2010 when the volcano erupted in Montserrat.

"Before the volcano happened I had a vision. I was standing under a huge mountain and all of a sudden there was an explosion- just ash and no lava," he said. "Three days after I saw that dream become reality when the volcano in Monserrat erupt."

John said: "That same day the spirit came in me and go in the Bible and when I went in the Bible it wasn't me that was paging out the book; the book was paging out itself until it reach the book of Revelation. Then an inner voice told me 'everything I'm going to say write it down in a book."

According to John, the book: Prophecy: The Interpretation of the Book of Revelation is the outcome of this dream.

How did he feel when he received the visions?

"I was shocked. I didn't tell my fellow inmates about it because they would say I was mad," he said.

What would he say to someone who says his revelation is the result of hallucinations caused by marijuana?

"I would say people are free to think, feel and say what they want," he answered. "I am convinced it was the spirit of the Creator talking to me."

Michael John says his book "will be the biggest event in the world; it is like a mustard seed." So far he's printed just ten copies. If you are interested in hearing more of Prophecy contact John at 21 Bath Road, Roseau.

By the way, John is a Rastafarian who believes that Emperor Haile Selassie of Ethiopia was the "Messiah".

What happened to his jail term? He said he served only three years of the 12-year sentence because the authorities found out that he was falsely convicted.