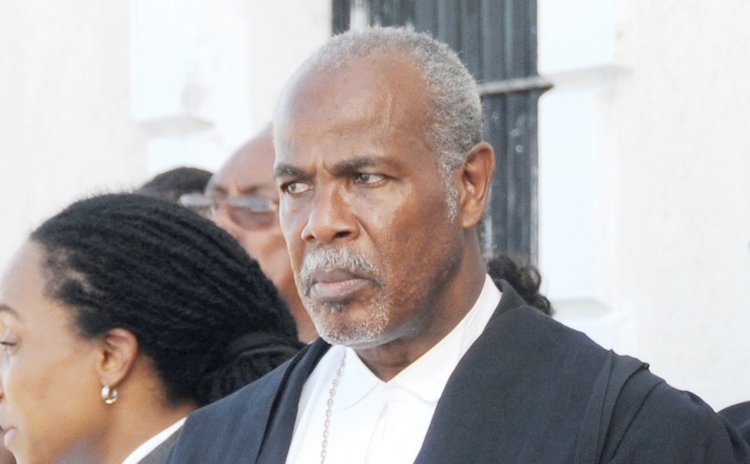 Truer words could not be embodied other than in Anthony JB Commodore. JB is a nickname given to him by his siblings because he would always proclaim as a child that he would become the richest man in Dominica. At the time, JB Charles was -in his siblings' estimation- the richest man in Dominica. Thus 'JB' was born. Unbeknownst to little JB, JB Charles was the grandfather of Bernadette Charles who would be his wife.

His siblings' belief and support could not hold a torch to his parents' belief in their twelfth child. Anthony Commodore was born on May 9th, 1956 to Edward Commodore and Philomen Commodore nee Bazil. He attended the Tete Morne primary school. He could speak for days about going to Bordeaux to play cricket or going to Patwice with his older siblings. He did not wear his heart on his sleeve because his heart never left Tete Morne.

Values from his parents

He always said that his parents showed him the doors to the Church and the school and he held true to those values. In turn, he ushered his children and many others through these doors. While serving as a Magistrate he was often quoted as saying "I don't care where you go, just find a church and go to it."

He came to live in Roseau at age thirteen with his older siblings to further his education. His zeal for excellence and industry were instilled by his parents and nurtured by his siblings especially his brother, Benoit (Frenchie) Commodore who predeceased him in 2006. He would go frequently to 'Ma Allad' to buy bread where he first laid eyes on young Bernadette. As fate would have it, their paths crossed again as co-workers at the Customs and Excise Division in the 1970's. This was the beginning of their forever. 'Pip' and 'Berns' became 'The Commodores' on June 30th 1985. Their union produced Charlan, Daustina and Elleen and fostered many others.

He was a proud old boy of the Dominica Grammar School (DGS). One could not speak to him without hearing a story of his days at 'Grammar School'. He would regularly sponsor events at the school. For example, Spanish Week 2021, children's day celebrations and he even lent his famous office paintings to be used for decoration on Creole Day. On the other hand, his affinity to DGS could not match his love and dedication to the success of the students of the Tete Morne Primary School, where he sponsors the Elijah Law Chambers Award for Excellence.

He then went on to Dominica Sixth Form College (SIFOCOL). From there, he went on to study law at UWI. His wife would make frequent trips and packages of food to support him; along with their two young children at the time.

Mr. Anthony Commodore was called to the Dominica Bar on the 24th day of October 1997 and worked as a State Attorney in the Attorney General's Chambers of the Government of the Commonwealth of Dominica for many years. In the year 2000, Mr. Commodore earned a Master of Laws degree in Maritime Law. In 2001, Elleen or 'Surprise'/ 'Miss Malta' was born.

Mr. Commodore became an attorney at a mature age, after he had worked in the Public Service as a Customs Officer. He was a founding member of the Customs and Excise Sports Club (CUSPORT) and served as president. He believed that there should be no excuses for not obeying the club's constitution. Mr. Commodore was known for his slow medium pace bowling which he surely enjoyed. He was always involved in whatever sports activities the club participated in locally and regionally. He always reminded members that even in sports we should always remember that we represent the Customs & Excise Division.

He served as Permanent Secretary in the Ministry of Legal Affairs and held the Chief Magistracy during the Attorney Generalship of Tony LaRonde. He was an effective advocate and a sensitive counsel. His no frills, no theatrics approach to the letter and the spirit of the law conveyed the Oliver Wendell Holmes attributed view of jurisprudence; that justice was not the law.

He left the Public Service in 2005 to work as the in-house counsel at the Dominica AID Bank for six years. He established his own private legal practice known as Elijah Law Chambers in 2011. Mr. Commodore was in active private practice at the time of his death.

Sensitive to the plight of the poor

He was very sensitive to the plight of the poor and socially less fortunate. He would go out of his way to assist those persons and do what he could to alleviate their misfortune. One such way was to serve as the first president of the executive board of Wisdom to Know (WTK). WTK is an illicit drug and alcohol related NGO that provides for the wellbeing of vulnerable persons. He also provided pro bono legal services to WTK and was an active advisor to the executive board at the time of his death.

Mr. Commodore was a private person to the point of being taciturn. His known pleasures were few. He went to great lengths to respect other people and their views, while holding very strong opinions of his own.

Mr. Commodore was a listening ear to many which got him into problems with his daughter when she appointed herself office manager and decided that he would let consultation run for too long. When he spoke to a person for the first time on any day, he would always inquire about that person's well-being and the well-being of their family members. He was always quick to offer words of comfort and encouragement when they were needed.

There are not enough pages or time to fully elucidate the life and impact of Anthony Commodore. However, he will be remembered for his professionalism, hard work, morals and warmth. May his soul rest in peace.

"I die with joy, for I desire to be united to my God. Live so as not to fear death. For those who live well in the world, death is not frightening, but sweet and precious." -St. Rose of Viterbo.