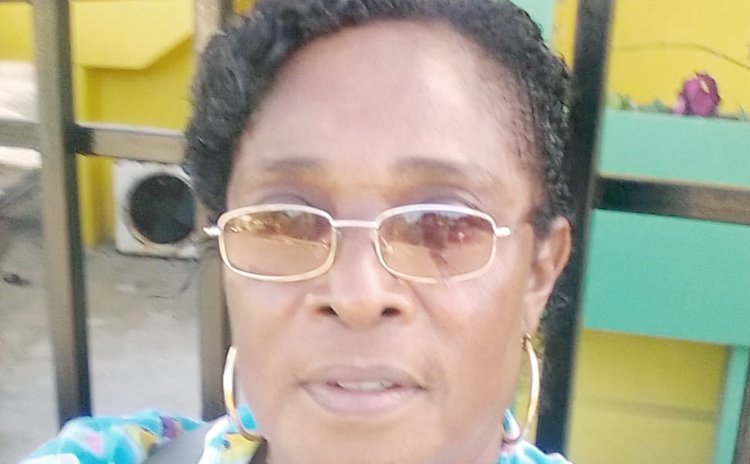 Theresa Frederick of Salybia has unconditional love for the elderly and has positioned herself to be a caregiver to these gems.

As Mrs. Frederick told The Sun, her earliest and fondest memories revolve around senior citizens.

Being taught how to catch bait and 'cacador' (prawn) by the river was another dear memory. Theresa's early love for the elderly was nurtured by her grandparents.

"I grew up with my grandparents, I lost my mother at a very early age. My granny had a small grocery shop and was asthmatic. All those who came to visit were senior citizens. I didn't see young people per se so the relationship I had was with senior citizens," Frederick said.

Her enthusiasm for elderly care was not restricted to her family members as she was taught the value of caring for older people in school.

"The first group I remember was 4-H and every Sunday afternoon we would visit the senior citizens. We would go in the river, fetch water, wash their clothes, clean their surroundings, clean their homes, and after we would sit and sing songs with them," she said.

Frederick is disappointed that youth are not very interested in caring for aged citizens, but still tries her best to rope them into activities.

"Growing up we were taught the importance of helping the elderly and that is why at this time you would always find people in my age group looking after senior citizens," she said. "I try to bring in the young ones but sometimes it is very difficult. Because they see senior citizens as troublesome, they like to talk, but for me, that is not an issue."

Theresa's passion for elderly care is evident as she is currently the public relations officer (PRO) for Chrysolyte, a senior citizens group in the Kalinago Territory which she co-founded five years ago. She was also a member of the Salybia Primary Health Care team and a field officer with the Dominica Council on Ageing and is still involved in that organization.

Frederick laments that currently there are only two senior citizen's groups in the Kalinago Territory when there used to be eight, one for each hamlet. She believes it is essential to bring these groups back.

"It is important because many times our senior citizens suffer from neglect and abuse, some of them are abandoned. Nobody seems to remember them, they have children but nobody cares and so we see the need of forming the senior citizen's groups," she said.

Theresa is continually educating herself on how to tend to the elderly.

"I did my first training with PHARCS (Premium Home and Residential Care Services) then I went to Martinique to do training. I did another one with personal support care to be a personal support worker. Currently, I am doing aligned help and geriatric care. So these, all together, it gives me clear thinking of what I can do for the elderly," she said.

Mrs. Frederick's passion for older citizens is also steeped in the fact that they taught her to love, care for, and respect them. She views them as her friends because they are the ones she goes to for advice.

Theresa admonishes those who refer to the elderly in unkind terms and is calling on the public to make kind, genuine gestures towards them.

"Let us make senior citizens the number-one people in Dominica because they shaped and molded us into who we are today," she said. "We, as patriotic Dominicans, should see them as people that were there before us and we too will get there someday and we will need care, love, and support."