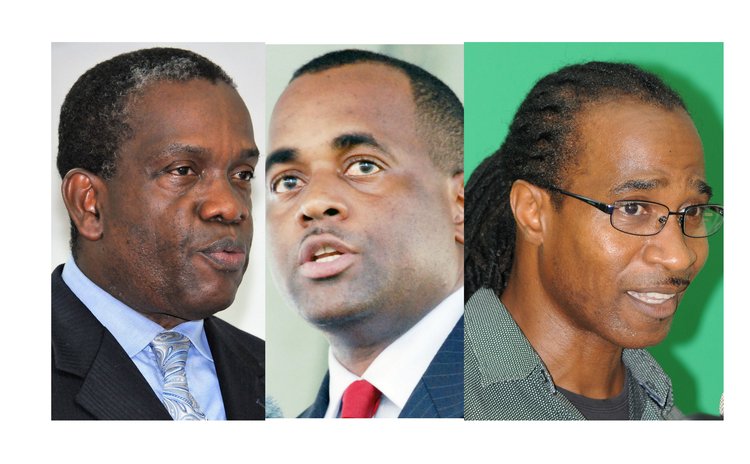 UWP holds its delegates conference in March; DLP is in breach of its own constitution

The opposition United Workers Party (UWP) will hold holding its delegates conference at the end of March 2018, according to political leader Lennox Linton.

"We have already sent out the necessary documents to the various party branches and things are now being put together for our delegate's convention which was postponed last year due to the passage of Hurricane Maria," Linton said.

He added that the full slate of officers on the national executive of the party will be elected including the political leader.

A Special Delegates' Convention was held last year for the removal of the deputy leader, Joshua Francis, after UWP supporters called for Francis's resignation because he was implicated in a matter before the courts.

Reports are surfacing that Linton's post as leader of the party will be hotly contested. Linton admits that serving as Leader of the Opposition has been challenging, adding that "but, yes, turbulence is not a word that you don't expect to see in describing tenures in political office in Dominica especially in opposition and up against a regime like the one that has been in Government for the past 18 years; it has not been easy."

He says that the UWP is a democratic party guided by a constitution and he has "no issues" if other persons express interest in his position or otherwise.

Meantime, there is no word that the ruling Dominica Labour Party (DLP) under the leadership of Prime Minister Roosevelt Skerrit will hold its delegates conference any time soon.

As part of the conference, the Party passed a resolution to re-elect the current executive to manage its affairs for another year and awarded 31 of its stalwarts for their contribution to the development of the party.

Speaking to the SUN on condition of anonymity, a party insider said: "We had a meeting a few weeks ago in Roseau and when the issue of a delegates' convention was brought up, that was brushed aside."

"What I can say to you is that they are not worried about that. They say the Government has work to do and having a delegates' convention now is not important. But the party is clearly in breach of its constitution and something has to be done," the source said.

The other political party, the Dominica Freedom Party (DFP), held its delegates' convention in 2017 where it elected Kent Vital as its political leader.