Things are really bad: An economy in turmoil 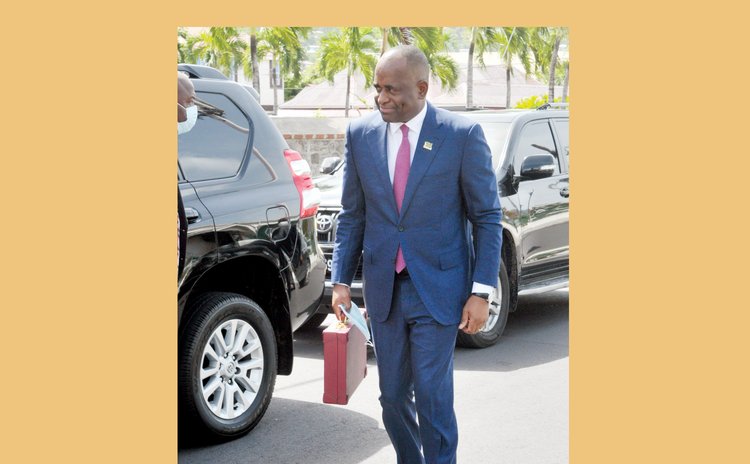 In 2020, an already devastated Dominican economy was further battered by the fallout from the COVID-19 pandemic.

However, this time around Dominica has company- bad news love friends, they say.

In early December the chairman of CARICOM warned of worsening economic fallout from COVID-19 in most, if not all, countries.

St. Vincent and the Grenadines Prime Minister Dr. Ralph Gonzales said recently that some counties in the region could record economic growth of as low as minus 19 percent.

Even Dominica's Prime Minister Roosevelt Skerrit, who usually paints reality-distorting rosy pictures of the state of Dominica's economy, admitted that the economic seas ahead were extremely choppy.

Skerrit spoke in July when he presented a $942.1 million budget to parliament.

In his 113-minute budget address on 28 July, Skerrit said the Dominica economy has been decimated by natural disasters and by theCOVID-19 pandemic.

The theme of the 2020-2021 budget presentation was: "The Road to a Dynamic Dominica: Fostering Economic Resilience".

During the presentation, Skerrit revealed that external debt was $683 million and domestic debt-$550 million.

Skerrit also announced a number of concessions and initiatives: to the manufacture sector (waiving VAT on packaging materials and equipment); duty free concessions on purchase of vehicles for tours and for taxi operators; the construction of roads in the East, South and some enhancement programmes in Roseau Central; the introduction of property taxes to reduce the number of derelict buildings in Roseau; a 48% reduction in taxes and fees for land purchases; decriminalization of marijuana legislation and a tax amnesty for a limited period.

But in a scathing response to the national budget presented by Prime Minister Roosevelt Skerrit, Leader of the Opposition, Lennox Linton, said the government of Dominica was misusing hundreds of millions of dollars from the Citizenship by Investment (CBI) programme.

In what may be considered to be the most severe critique of the Dominican economy in recent times, Dr. Fontaine, currently an economic consultant to the government of South Sudan, said: "Every single island in the Eastern Caribbean, they have doubled their economy," Dr. Fontaine said. "In 20 years Roosevelt Skerrit has increased the economy by 50%".

He added that by every measure, the Dominican economy has decreased.

"Our unemployment rate has gone from about 15 or 16% to 45% today," he said. "We were exporting close to 150 million dollars of exports. That has gone to two million, if all that. This year we have stopped exporting totally.