This is Centenarian Country 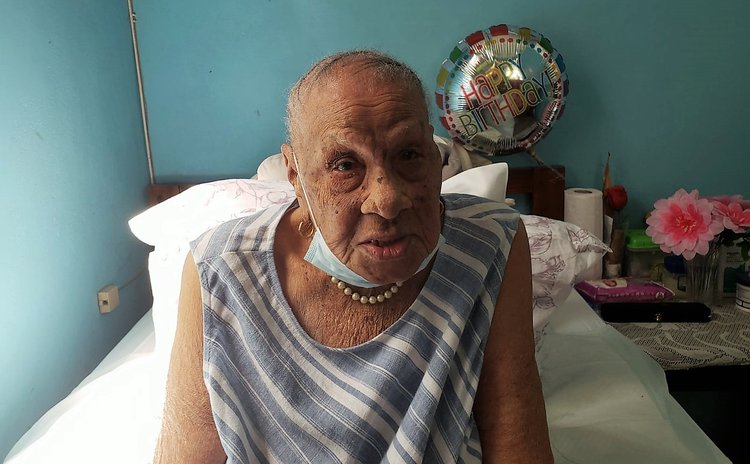 When centenarian Jane Graham was born, on 12 June 1920, the First World War had just ended. Dominica had no cars and no radio stations. Life was primitive, life was good, life was uncomplicated.

Two weeks ago Jane celebrated her 100 birthday. She fêted with her relatives, friends, neighbours and government officials at her home in Newtown.

Though Jane can no longer walk, has a hearing problem and suffers from diabetes and hypertension, her relatives know she has had a very good life. Achieving 100 years is no easy feat.

Jane has become Dominica's latest centenarian. In June 2020, there are 25 others, according the Dominica Council on Ageing.

Dominica has had more than its share of centenarians and almost everyone is asking the important question: why?

"It could be the food. Possibly the terrain. Maybe the water. It must be the fresh air," wrote Jose Allison D. Kentish in 2006.

"Perhaps living to a ripe old age is your aim. Then why not leave your medicine chest behind and move to Dominica? This Caribbean island has the highest number of centenarians in the world, and it was from here that the oldest person ever hailed," wrote Mark Porter of the UK's Daily Mail.

So what happened to the plans to name that street "Ma Pampo Street"?

But the crucial question Dominicans should probably ask is: where are the tourism plans and programmes to market Dominica as the country with the most centenarians per capita in the world— "that's nearly four per 10,000 of population, 50 per cent higher than the next old-age market leader, Japan, and three times as many as in Britain and the U.S.", writes Porter.

To put all of this in perspective, here is the current list of Dominican centenarians.