"This is idle talk"

Tourism Minister Robert Tonge about the sale of Pebbles Park 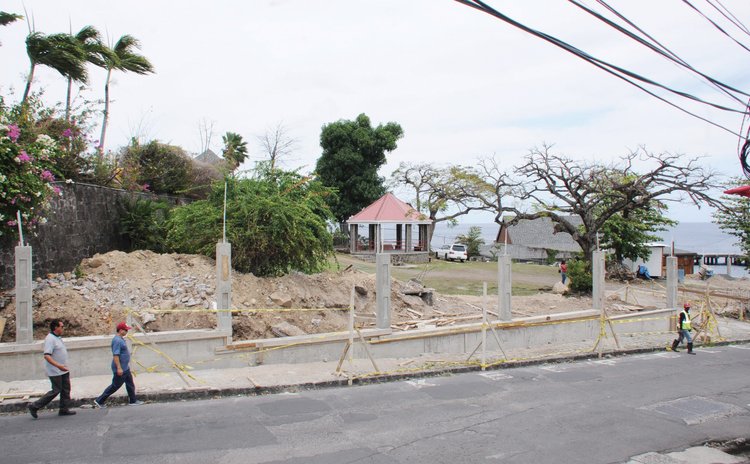 The rumours were ceaseless: Government had sold the Pebbles Park and the old hurricane- damaged Public Library to the owners of Fort Young Hotel.

But Tourism Minister Robert Tonge and his Permanent Secretary, Karen Prevost, told the Sun that these rumours are unfounded.

"This is ideal talk. Fort Young has no say in the Pebbles Park. It is fully owned by the Government of Dominica, and also the Public Library. You can also go to the Registry and see the documents. Pebbles Park has never been sold and will never be sold to anyone," Tonge said.

Tonge added that Government has "no intention of selling Pebbles Park".

"Lots of visitors go to the area. People also go to relax there lots of times and it was untidy and vagrants would go and defecate there. We need it to be beautiful and fenced and we will ask corporate citizens to assist. So if Fort Young wants to adopt that area since its close to them we will welcome that," Tonge said.

Pebbles Park popularly known as "People's Park" was laid out by Captain Herbert Peebles in 1928 who was the administrator in Dominica at that time, Forestry Division publication noted.

The approximately quarter-acre almost oval-shaped park is situated near the Fort Young Hotel and the Anglican Church on Victoria Street, Roseau, across the street from the Cenotaph. It is used for performances at festive times such as Christmas and as a place for relaxation.

"Some people come to the Peebles Park to enjoy the shade on the lawns while having a Sunday chit chat", stated a 1991 issue of VWa, the publication of the Forestry Division.

In an exclusive interview with the SUN newspaper, Tonge and Prevost said Pebbles Park was damaged by Hurricane Maria and so after hurricane, the Government embarked on a project, under the Ministry of Tourism & Urban Renewal to redevelop the Park.

"We have already completed phase one and we are now on phase two which includes the fencing, lighting and beautification of Pebbles Park. The third phase will be the landscaping in collaboration with the Division of Forestry. At the end of the project we expect to see a new green space in Roseau for the general public and tourist and also for people wanting to use there for various events as before. The project is expected to be finally completed and commissioned towards the end of 2019," Prevost said.

She said that because of the nature of the work several contractors are being used.

"We aim to maintain the historic nature of the area; we also have a few signage in the area since this is bit of a historical trail. Pebbles Park and the Public Library remain part of Dominica and we look forward to working with the partners in the area and the private sector to come onboard and partner with us in the up keep and maintenance of the area," Prevost said.