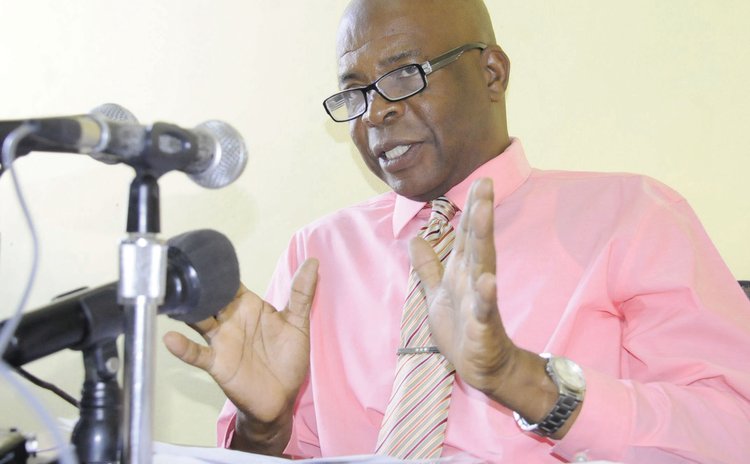 Victimization is widespread in the Dominica Civil Service, a leader of the Dominica Public Service Union (DPSU) has charged.

At a conference last week Thomas Letang, the DPSU general secretary, gave the press the examples of former Chief Elections Officer Steven Larocque, DPSU president Steve Joseph and former head of the Office of Disaster Preparedness, Don Coriette as among a number of State employees who are currently being victimized.

"The question of victimization is very, very rampant," said Letang. "I mean (for example) Brother Steve Joseph, he's committed only one crime and that is to be the president of the Dominica Public Service Union".

Letang said Joseph's work experience is being ignored by the civil service and exploited by international organisations and that he has been relegated to the post of District Development Officer. Additionally, Coriette works in cramp conditions that Letang described as a "chicken brood" and Larocque, after left the Electoral Office, has had his position downgraded to an unknown post.

Letang said there are junior clerks in the service with Masters and Bachelor's degrees and junior clerks who have been in the same positions for 30 years.

Is this victimization or is the system just very inefficient, Letang was asked.

"It could be both," he answered. "We have been writing, we have been making calls on behalf of these gentleman. And I will give you some more examples at the right time of people who are being victimized Well, I'll tell you something. There are people while they may have been victimized, they don't like the publicity and therefore before I can really mention the names and so on and I will have to have a discussion with them. So that is one of the reasons why I will not call the names at this day".

"I am going to invite you the press conference and the topic will be victimization in the public service," Letang told the press. "Look forward to that".

Letang also disclosed that the working conditions at many government offices have not been refurbished since Hurricane Maria in September 2017.

"When we speak, people put a political label on us," he said. "I went to the fire department some months ago and there is a washroom that is functioning in that area that was being used at the time by both male and female and the crack between the door you could see somebody's entire anatomy."