Jump Ball No. 98. By Arlington James 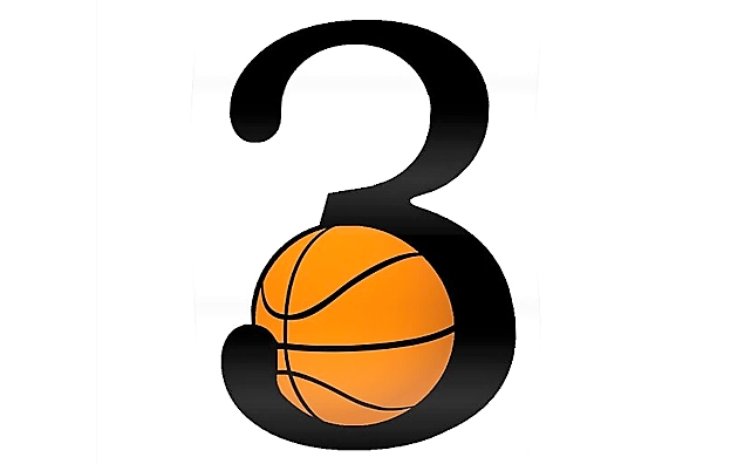 They are called 'Threes', 'Three-Point Shots' and '3-Pointers' and are an integral and entertaining feature of basketball worldwide. These shots are sometimes considered to be a 'deadly weapon' and a 'game-changer' when sharp-shooters on a team using these long-range shots are on target. But that 'shot from downtown' was never always part of this entertaining game, neither here nor elsewhere. In fact, this high-value shot was only officially introduced into local basketball in the mid-1980s.

Have you ever scored one of those 'big-threes', although the distance behind the arc from which you attempted that shot did not really matter as we are all awarded 3 points for a successful attempt.

But how much do we know about the 3-Pointer? Here are some excerpts from Wikipedia with a few very minor modifications in the distance symbols, outlining the development of and experimentation with the 3-Point line in basketball in the USA and at the international (FIBA) level.

1945: The three-point rule was first tested at the collegiate level in a 1945 NCAA game in the United States, between Columbia University Lions and Fordham University Rams but the rule would not be adopted on a permanent basis until much later.

1961: At the direction of Abe Saperstein, the American Basketball League (ABA) did so in 1961, becoming the first basketball league to adopt the rule. Its 3-point lines were each a radius of 25 ft (7.62 meters) from the baskets, except along the sides.

1963: The Eastern Professional Basketball League followed in its 1963–64 season.

1967: The three-point shot later became popularized by the ABA after its introduction in the 1967–68 season. Then commissioner of the ABA George Mikan stated the three-pointer "would give the smaller player a chance to score and open up the defence to make the game more enjoyable for the fans." During the 1970s, the ABA used the three-point shot, along with the slam dunk, as a marketing tool to compete with the National Basketball Association (NBA).

1979: In the 1979-80 season, the NBA adopted the three-point shot despite the view of many that it was a gimmick. Chris Ford of the Boston Celtics is widely credited with making the first 3-point shot in NBA history on 12th October 1979. Kevin Grevey of the Washington Bullets also made one on the same day.

2012: In December 2012, the WNBA (Women's National Basketball Association) announced that they would be using FIBA's distance, as of the 2013 season.

PEEKING AT THE LOCAL SCENE: In the 5th OECS Champion-of-Champions Basketball Tournament hosted by Dominica in 1991, a total of 107 Three-Pointers were made among the seven participating teams. St. Kitts' Hitters who placed 3rd in the tournament overall led, netting 39 big ones in their six matches; their game-best was 10. Dominica's Cardinals (overall winner) and Killer Bees sank 10 and 11 Threes respectively.

In our DABA League, Three-Point Shoot-outs are often included in Season Openers, much to the delight of patrons.

But Lions in 1992 chalked up a hefty 34 Threes in three matches!

More recently, in the 2013 national league Goodwill Starz netted 12 in a Division I match, while Derrison Anthony of Eagles swished 7 long ones in a Premier Division encounter. The top 4 Three-Point shooting teams in the 2013 Regular Leagues were Eagles – 40 (Premier), Goodwill Starz – 38 (Division I), Blazers - 36 (Premier) and Tigers – 35 (Premier).

Come the 2015 Regular League, a total of 477 Three-Pointers were scored among the league's three Divisions and were distributed as follows: Premier Division – 234, Division I – 235 and Women's Division – 8. Overall, Super Eagles (Premier) led with 46 followed by Thundererz (Division I) with 36. Derrison Anthony (Eagles) and Ian Brumant (Tigers, Premier) had the highest individual aggregates of 25 each.