Thoughts on improving the standard of local cricket 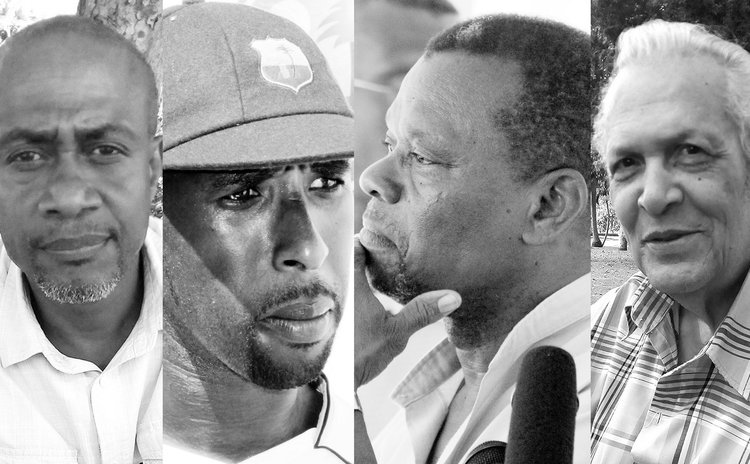 It is clear that Dominica has an abundance of raw cricketing talent.

But is not clear if this talent is being properly nurtured and harvested in a way that lifts the island's overall standard of cricket.

Ossie Lewis: Longtime cricket enthusiast Ossie Lewis said the standard of local cricket has declined significantly in recent years and too little is being done to stop the slide.

He believes that a major problem is the acute shortage of suitable grounds, pitches, nets and other facilities for cricket practice and matches.

As he sees it, many grounds and pitches are not adequately maintained, so players are continuously forced to practice and play games in poor conditions. Furthermore, he believes that despite advances in the game, financially and otherwise, today's cricketers do not show the passion, motivation and discipline of players in bygone eras.

Mervin Thomas: Sports Development Officer Mervin Thomas said it is now increasingly difficult for youths to choose to play cricket because of their exposure to other sports.

He said the academy provides an incentive for young cricketers to perform well and try to be accepted as members because it is an elite institution and only the best players qualify.

Thomas noted that Dominica possesses great potential, which should be harnessed effectively.

He is generally satisfied with the standard of local cricket and maintained that there is much hope and scope for development.

In his opinion, this is not because of a lack of talent, but a widespread lack of commitment, perseverance and fitness among players.

He also thinks modern day cricketers are too much involved in social events outside cricket; therefore, they do not focus enough on honing their skills and building up their mental strength.

"We have the talent. It is up to us now to develop it," John commented.

He said Dominica needs to invest in an indoor facility where cricket training can go on uninterrupted despite bad weather conditions.

He also suggested that one way of raising the standard of local cricket is to organise more tournaments and matches because, with the right support, players can learn more by playing more.

As such, he noted the need for proper clubs that are well structured with registered players.

He also pointed to the need to instill core values like discipline and responsibility in young players, so they will have the right mindset to do well in the game.

"For my club  the youngsters  I have to tell them the game is next day and you have to go and wake them up in bed…It's ridiculous," he said.