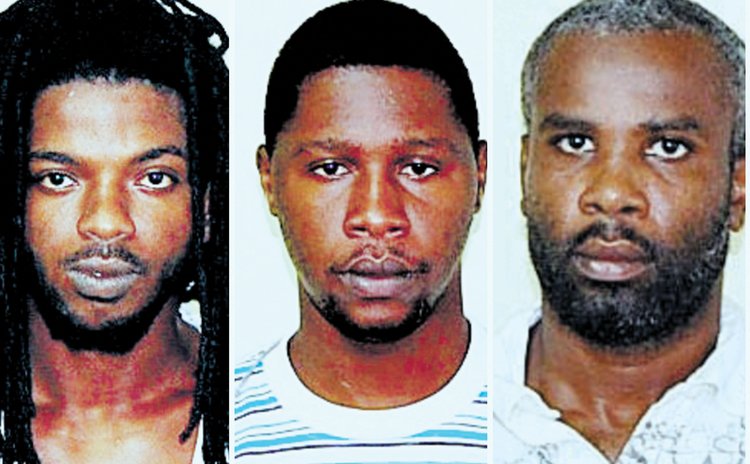 Three men accused of a gruesome killing at Pagua Bay in 2011 have been freed. The cases against Don Prosper, Siles Bruno and Eustace Benjamin who were charged with the murder of Joseph Costello have been discontinued because of insufficient evidence, the Sun can report.

If you recall, there was a huge public outcry when news broke of the Pagua Bay murder in 2011. It also attracted the attention of the international press and many Dominicans claimed that it would have had negative impact on the island's tourism industry.

Soon after the incident, police issued a bulletin asking for information and a few days later news broke that officers had three men in custody who were subsequently formerly arrested and charged for the murder of Irishman Joseph Costello on July 31, 2011.

According to information from the police, on Sunday July 31, 2011, the deceased Costello and his friend Elizee visited their friends Rick and Alisa Davison who lived at Pagua Bay one mile away. At about 9pm Rick and Alisa Davison returned home and on their approach to the entrance of their dwelling house they were ambushed by three masked men brandishing a cutlass, a piece of wood and a hatchet.

The masked men demanded money. Costello who was in an adjoining apartment with his friend, Emily Elizee, heard a commotion outside and left immediately to investigate. As he did so, he was immediately attacked and was struck on the head with a sharp object which caused a severe wound. At the scene Dr. Bekele pronounced him dead. Rick, the police stated, was also struck and sustained injuries to his head and other parts of his body. He was a patient at the Princess Margaret Hospital (PMH) but was discharged on August 3 to seek further medical attention overseas. His wife, Alisa, sustained injuries to her back, right eye, wrist and thumb and was treated at the Marigot hospital and discharged. The only physically unharmed person was Emily Elizee, who was robbed of EC$4, 350.

Then three men, in their mid-twenties, from the community of Wesley were charged with the murder. They were Don Prosper (who in 2002 used a knife at the St Andrews High School to kill his fellow student Wadico Bunche), Siles Bruno and Eustace Benjamin. They were initially denied bail but in March 2013 Justice Birnie Stephenson ordered that a Magistrate grant them bail with two sureties in the sum of EC$270,000. However, only one was able to meet those conditions while the others languished in jail awaiting trial.

Now, the State has dropped the charges against the men because of "weak evidence." Director of Public Prosecutions (DPP) Evelina Baptiste said that her job in such matters is to ensure that the DPP gets successful prosecution. However, she stated that before she determines whether the case can go to prosecution, the file has to be reviewed.

"Now, if on review of the file we find the evidence extremely weak such that a prosecution would not be able to present the evidence to the court beyond a reasonable doubt then the DPP, as a Minister of Justice is required by the law to make a decision whether or not this matter should be stopped at this time or go ahead," she said.

She continued: "In the present situation, the evidence that is presented is very weak evidence. It is evidence that is not enough to support the prosecution of this matter. We have reviewed it over and over again and that is what it is so we had to decide on the way forward and the best thing was to discontinue it. We did not wish it to drag on because to have a matter with no evidence dragging on over the heads of defendants can cause them to take constitutional application against the State. When it is known that infact there is no evidence especially in a serious matter like this is.

"It is very unfortunate when things happen to persons by misadventure and their seems not to be a successful prosecution but be that as it may the important thing is that as Ministers of Justice you have no choice but to discontinue it".

The men are represented by the law firm of Norde and Lambert Chambers.