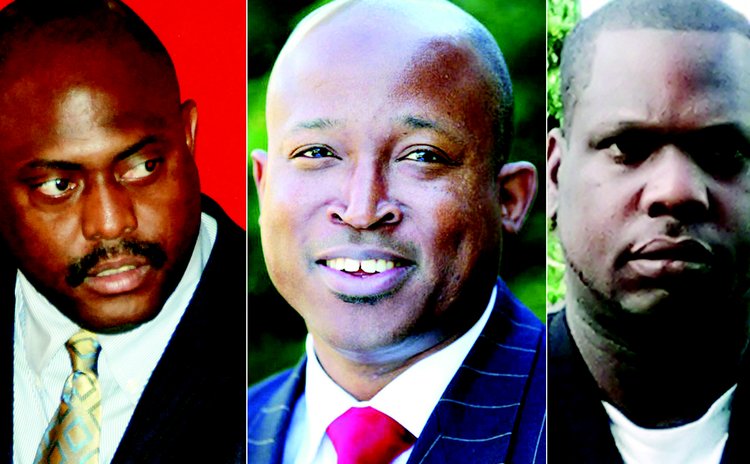 If Cabral Douglas has his way, like a tropical storm his third political force will gather strength just outside Portsmouth and sweep inland during the next general election, causing havoc to the ruling Dominica Labour Party of Rosie, his late father.

In the meantime, Cabral Douglas has decided to contest the Portsmouth seat currently held by his cousin, Ian Douglas. Sounds like a Soap Opera movie script? Yes, indeed; but it's a true story, like life imitating art.

Cabral, an Australia- trained lawyer and son of the late Prime Minister Roosevelt Douglas who died in office in 2000 (after just eight months as Prime Minister) says: "We are approaching a general election and we think that it is going to be a dynamic one at that and so I am looking to offer the people of Dominica and, in my case, Portsmouth an alternative from the current situation."

According to Cabral, if the people of Portsmouth want a parliamentary representative that is not effective and non- existent then they can choose his uncle, Ian Douglas, of the Dominica Labour Party (DLP).

"We have the United Workers Party who will be filing a candidate in the person of Jefferson James who is a very good person of high integrity but he has not had much experience in politics and he probably is more suited to working in his strength as an engineer," Douglas said. "Then, we will have a third force which is myself, who has been a very dynamic member of the community and have also stimulated a lot of economic activities, involved with the youth and who is part of the biggest political legacy in Dominica.

"We are looking at our options from every standpoint and will make an option on that matter in due course as to which candidates that we will be fielding and also which banner we will be using and what symbol we will be using. As we continue to organize ourselves on the ground, we continue to meet with our many fans and supporters at the end of the day the people of Portsmouth will decide."

In September 2013, Cabral announced the revival of the defunct Democratic Labour Party (Dem-Lab) of the former Prime Minister Oliver Seraphine who promptly stated that he had no part in Cabral's dream. After all, Dem-Lab had been in its grave for more than 30 years but Cabral said the party would come to life again, contest six seats and win three, at least.

Last week, Cabral Douglas said that he is consulting with all people, young and old and also the business people and those in the tourism industry where Portsmouth plays a pivotal role. The Skerrit-led Labour Party, he said, has been in power for 14 years but the people are saying it's time for a change which will soon unfold and will be completely driven by the people of Portsmouth and their aspirations since at the moment, they don't believe that Ian Douglas has properly represented the aspirations of the people of that community.

"I don't want to get into the specifics of the party…we are keeping our options open with various strategies in mind being also as an independent candidate. We have people in various constituencies who are very active and we are meeting with them and consulting. When the bell rings, we will be a force to reckon with. I can only tell you that we will be ready, Labour is dead and so there will be a third force that will emerge," Douglas