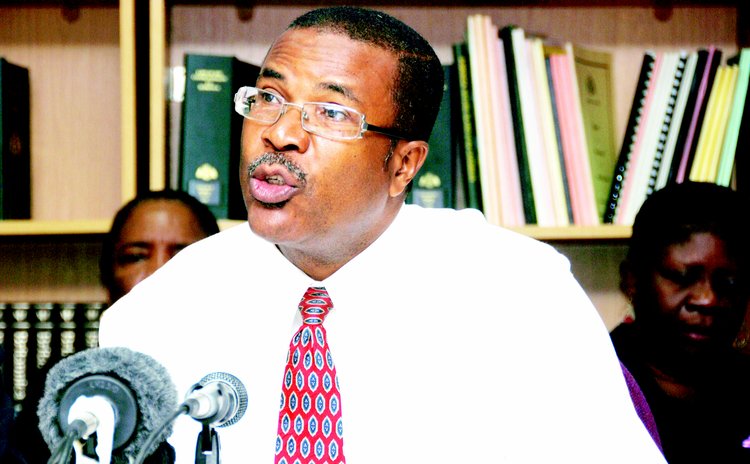 Having suffered a mild stroke less than four months ago, the health minister is breathing the sweet smell of rebirth and is determined to make another run for office.

"Timothy told me personally he intends to run," one person who is close to the minister told The Sun in a shocking revelation.

His speech might still be somewhat slurred, his steps a little hesitant, but a propensity for surviving adversity seems ingrained in Timothy's DNA. And this very attitude that has made him a successful businessman and a long-serving politician, is not about to change at a stroke.

"I think he has recovered very quickly," said the person who spoke on condition of anonymity because he didn't have Timothy's permission to discuss the issue. "His speech is still slow but when you consider what he went through, I'm very surprised (how quickly he came back to the House)."

The emotions evoked by this episode have been palpable. Those close to Timothy were understandably concerned after he collapsed and had to be rushed to Martinique for medical assistance. Not surprisingly, there was discussion about his political future and his ability to run an effective campaign following his recovery.

However, the mild-mannered politician and businessman would have none of that.

"After this thing happened to him people were talking of a replacement (candidate in his constituency), but he told me he intends to run. I asked him and he told me 'no, no, I feel fine, I intend to run,'" said the source.

Several calls to Timothy's mobile phone were not returned, but the source has suggested that there is a disjunction between what the recovering MP for Roseau North wants and the realities he will face on the ground.

Having weathered the storm, it would be easy for the former United Workers Party (UWP) deputy leader and one-time minister of finance to claim respect. Still, it's not entirely certain if the dark clouds have lifted and the danger has passed. However, no matter what the future uncertainties might be, Timothy intends to fight his way back to re-election and back as a member of the next parliament.

"Things could change, like if he gets another attack," the person close to the minister told The Sun, "things can change but for now he intends to run."

After all, despite the anxieties, the pain, the uncertainties, Julius Timothy won't be put off his stroke.