Jump Ball No. 107. By Arlington James 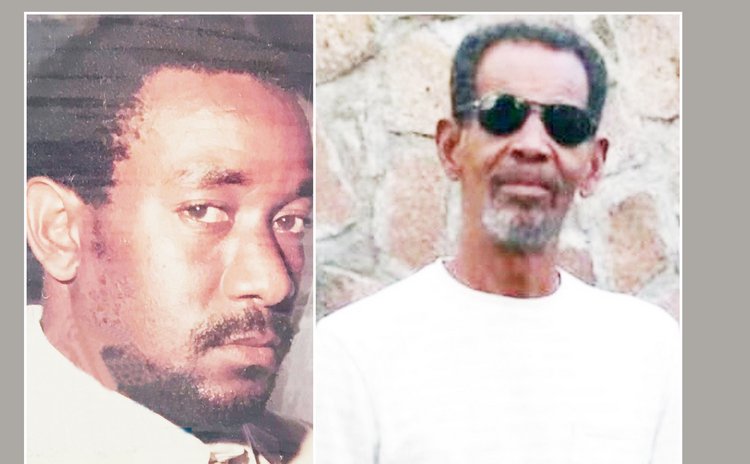 There is a popular saying, "April showers bring May flowers". In 2022 Dominica received quite a few showers in April, and by the end of May the once popular Giraudel-Eggleston Flower Show made a spectacular come-back in the form of a pre-show which was presented under the theme, "The Enchanted Garden".

The current crop of players in at least the most recent national league (2017), or even some who played from the late 1980s may never have heard about any of those players. So, let's peek back at Robert Alexander and George Andrew while they performed on the basketball court. Their surnames both begin with the letter A, they both played on senior division teams and may have even played against each other. However, they have now taken permanent substitutions.

"Bob", as Robert was affectionately known in basketball and other circles, undertook a rather short basketball journey here on Earth. He only played with Flames senior team, on which he was a founding member together with some of the team's big-name players as Alvin Bernard, Lennox Bernard, Seibert Didier, Tony Dixon, Augustus Harris and Peter Skerrit.

From the single available score for Bob that was published in The Star Dominica newspaper in May 1976, Bob assisted his team in blowing-out Pros by a score of 60-30. Bob was one of the high scorers in that match, netting 20% of Flames final score with a decent 12 points. 1976 was also a championship year for Flames, and so Bob would have contributed to his team's success that year.

Bob was 67 when he passed away on 15th April 2022, but before his passing he had lost his eyesight. During his better days, he was also known for the tasty pastries and tarts that he made and sold in Roseau.

Back in his day, George was known for his strong inside play under the backboards on the basketball court. He was also close friends with two basketball colleagues on his street – Claude Bellot and Charles James, both of whom played in the national league.

George played with three senior (Division I) teams in the national league, in addition to representing Dominica.

His first team was Zodiacs, with whom he played possibly only for the 1975 season.

Next, he moved to Harks and played with that team in at least 1976 and 1978. His teammates on Harks included Augustus Harris, Blaize Jones, Edgar Robinson, Henry Shillingford and Lennox Xavier/Jervier among several others.

His last team was Owls, on which he was a founding member and played only in 1985. His teammates then included Dr. George Bruney, Adolphus David, Wilmoth LeBlanc, Phil McDougal and Lennox Rocque among others.

George was consistently a high-scorer - and occasionally a top-scorer - for his team in individual games. And that goes way back to his days on Zodiacs.

Apart from making very valuable contributions to his teams' efforts as a scorer, George would also have grabbed many a defensive and offensive rebound for his teams.