Timothy Fishleigh: Dominica is the way the world was meant to be 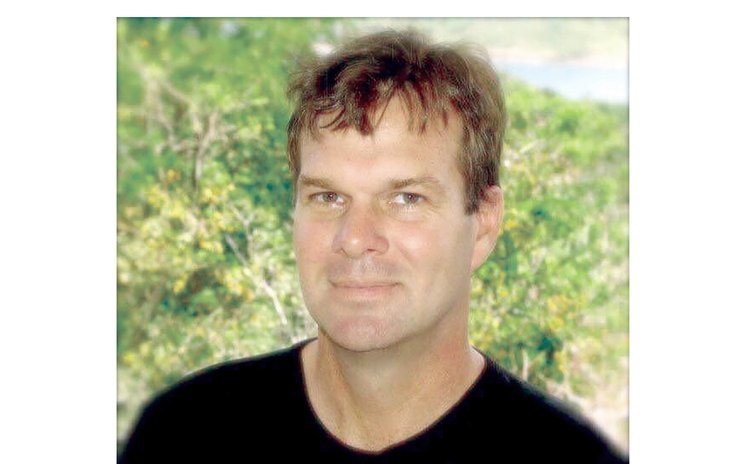 Videographer, co-owner of Link International, and co-owner of Caapi Cottages Retreat in Cochrane are just a few titles owned by Timothy Fishleigh of Canada who now calls Dominica home.

Fisghleigh has been a citizen of Dominica since 2001 but visited a few years prior.

"In 1994 we – my partner Jessica (who has Dominican roots) and I - arrived in Dominica to organize student exchange programmes between Canadian students and Dominican students from the then St Joseph Secondary School," he said.

By the late '90s, the partners had organized exchanges with over 100 students, which was right up Fishleigh's alley as "I had worked in Jamaica, Haiti and India in development education as well as in media production."

With media production his strong suit, it is no wonder Timothy and Jessica combined their skills to create LINK Iinternational Productions, a full-time media production company, PR and marketing firm.

Having lived around the region and further afield, Timothy confessed that Dominica is the best of what the Caribbean has to offer.

"After living in Haiti and Jamaica, where desperate poverty and violence make everyday life very tense, I was blown away by Dominica," he said. "Our island is a wonderful example of a comfortable natural environment that is both safe and welcoming."

The continued international student exchange programme and growing company made the move to Dominica that much more practical.

"We established ourselves as the field producers for major Canadian broadcasters, for Latin America, and the Caribbean. We also produced programmes for Fashion Television, The Discovery Channel, The Travel Channel, and PBS to name a few," Fishleigh said.

"Our short film for the DDA titled "Are you Breathing DOMINICA?" won the award for best eco-tourism film of the year at ITB Germany, the largest tourism trade show, beating out films from countries with far larger budgets," he said.

A well-travelled individual, Fishleigh shared that the move to Dominica was a relatively seamless transition, though "there are always little frustrations here and there but that can help keep you on your toes, examining your own cultural values from new perspectives."

As anyone who has spent several years in the country can attest, there have been significant changes, a lot of which have been for the better.

"Dominica was very different; there were no Internet, nor cell phones. MARPIN had only a couple of channels. At that time, people were not exposed to many new ideas outside of the island," he said. "Now, Dominica, like the rest of the world is grappling with new ideas, new values and the ability to communicate with the outside world at the speed of light." The filmmaker is mindful of the enhanced tourism product and applauds the direct flights from the United States to Dominica.

A true Dominican citizen, Fishleigh makes sure to give back to the country which has welcomed him with open arms.

"We operate an educational retreat centre called 'Caapi Cottage Retreats' where we host programmes for university students around the world, as well as local student groups. We also host workshops and wellness retreats," he said.

Describing his life as one dedicated to service, Timothy has been a member of the Cochrane Village Council for many years and believes strongly in green living.

"We try to live sustainably with our solar and micro hydro systems powering our property, and we also drive an electric car- a Nissan Leaf," Fishleigh added.

Timothy regularly encounters past participants of the student exchange programme who give positive feedback and are currently using the skills learnt during the sessions.

"I'm proud to call myself Dominican and to work alongside others in my community and around the island to continue making improvements and creating more opportunities, especially for young people," he said.

Fishleigh's wish is that Dominicans protect the country's natural environment as places like the Nature Isle are disappearing. "Dominica grows more valuable every day by protecting what we have," he stated.