Tiyani Behanzin: There is Almost no Trace of Rosie 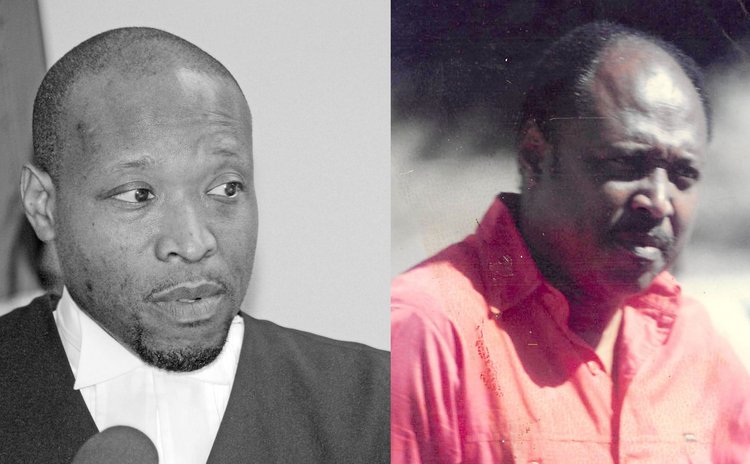 Tiyani Behanzin, a British-trained barrister, is concerned that there is almost no trace of his father, no evidence that Rosie Douglas, Dominica's 5th Prime Minister, ever lived.

"When we look at his legacy, apart from him being almost completely erased, it is as if he never really existed in a sense…. I think there are those of us who will peddle his name to raise resources, peddle his name to find new friends but the principles that he gave which could impact on the way we live now, most of which are forgotten and I think that's sad," Behanzin said at a public lecture in 2010.

Behanzin proposed sweeping reforms to Dominica's political system that would be a permanent and lasting legacy to the memory of his father, a man who devoted his entire life towards the advancement of black people worldwide.

On Rosie's birthday, Friday, October 15th, Tiyani delivered a lecture on the topic: "New Perspectives on the legacy of Rosie Douglas" at the University of the West Indies School of Continuing Studies in Roseau.

Behanzin identified three areas for reform which Rosie Douglas placed high on his agenda of priorities in his short tenure as Prime Minister of Dominica: corruption and good governance; campaign financing and the greater involvement of overseas-based Dominicans in the country's development.

On the issue of corruption and good governance, Behanzin spoke about the failures.

Behanzin continued by quoting from an address delivered by Rosie Douglas on the swearing-in of the Cabinet of the Government of Dominica on February 7th 2000. Rosie said:

"I must speak to the issues of good governance and the elimination of corruption in the economic management of the island. Corruption is a global problem. Corruption means nothing more than this: it is the abuse of public office for private gain. It is the abuse of all offices of trust for private gain whether in the public, private or parastatal sectors. 'Corruption is one of the most pernicious methods of undermining democracy' (Jean –Francois Revel, French philosopher and writer). We must evolve a political culture that is intolerant to corruption. Perceptions of high levels of corruption act as a strong disincentive to genuine foreign investors and domestic business. But above all, it increases cynicism about politics and public policy and brings government into disrepute."

As a lasting legacy to his father, Behanzin recommended changes that should be made to the Integrity in Public Office Act of 2003. He pointed out that the Act, like many laws in Dominica is "archaic" and in its present form "has very little teeth or if it does, it has milk teeth".

"It seems to me the Integrity in Public Office Act needs to be such a profound statement of statehood that we should be prepared, that just reading it alone would frighten the daylights out of anybody considering, considering even to help themselves to any state assets or any benefit or derive from connections that is unjust because it is against our very survival."

Sections of the Act he believes are not tough enough to deter persons in public life from stealing state assets.

Behanzin lamented the fact that "for drugs you can pay millions, thousands of dollars, but for stealing state assets you pay $5000".

He described as "foolishness" the penalties imposed in Section 47(1) of the Integrity in Public Office Act if found in possession of unaccounted property.

"A person in public life who is found to be in possession of property or pecuniary resource disproportionate to his legitimate sources of income commits an offence and is liable on summary conviction, to a fine of two thousand dollars and imprisonment for a term of two years and to forfeiture of the assets so found."

As a lasting legacy to his father, Behanzin proposes much longer jail terms, including mandatory sentences of up to 20 years or life, larger fines and forfeiture of assets so found for public officials who breach the Integrity in Public Office Act.

"If we want to protect the assets of the state, and make it unpalatable for those who have itchy fingers, then let's give the Act some teeth… 20 years mandatory sentence. So if you steal money from this poor state, you take your twenty years."

As a lasting legacy to his father, Behanzin also proposed major reform in the area of campaign financing. Behanzin argued that a small fledgling democracy like Dominica cannot afford the huge sums that are being expended during election campaigns and suggests a general debate in the society about a fundamental change in the way political parties are funded including the state funding political parties.

The Dominica Labour Party 2005 General Election campaign was arguably the most expensive in the history of electoral politics in Dominica. The campaign included massive rallies with live foreign and local bands and artistes and powerful music systems, billboards, thousands of T-shirts and other party paraphernalia as well as the buying out of large segments of time on radio and television and huge advertisements in the newspapers. The 2009 election campaign was just as extravagant except that this time the main opposition United Workers Party(UWP) did not seem to have the money to compete with the ruling Dominica Labour Party, which allegedly spent in the region EC$22 million on their campaign.

The late Rosie Douglas on February 7th 2000 days after he had been sworn in as Prime Minister proposed major changes to campaign financing laws.

Rosie Douglas said: "Dominicans, there are many lessons we must learn from the just concluded campaign. And the very first one is that there is great public concern about how political parties in Dominica are funded. It appears that we need robust control over election spending to ensure that political parties are properly accountable to the people of Dominica, to prevent conflict of interest and the exercise of improper influence.

"We need to ensure that politics in this country does not become a matter of who can spend the most. This is wrong. This is very wrong. This Government is committed to cleaning up Dominican politics and to ensuring that the way political parties are funded becomes open and transparent."

Behanzin stressed that reform on the way political parties are funded "would be a good fitting legacy for Rosie Douglas, because it means that the people will decide without any outside influence or the power or weight of cash."

The third major area of reform cited by Behanzin is the right of Dominicans based overseas to vote in an election. Presently any Dominican registered to vote, whose name is on the voters' list, has the right to vote in Dominica. It is alleged that at the last election, the ruling Dominica Labour Party brought into Dominica several hundred persons, by plane and boat to vote. That in the opinion of many distorted the overall result and gave the ruling DLP an unfair advantage over the apparently cash-strapped UWP. The result was 18-3 in favour of the D.L.P, the party's best result since 1966.

(Adapted from an article published in 2010)