To avoid defeat West Indies have mountain to climb 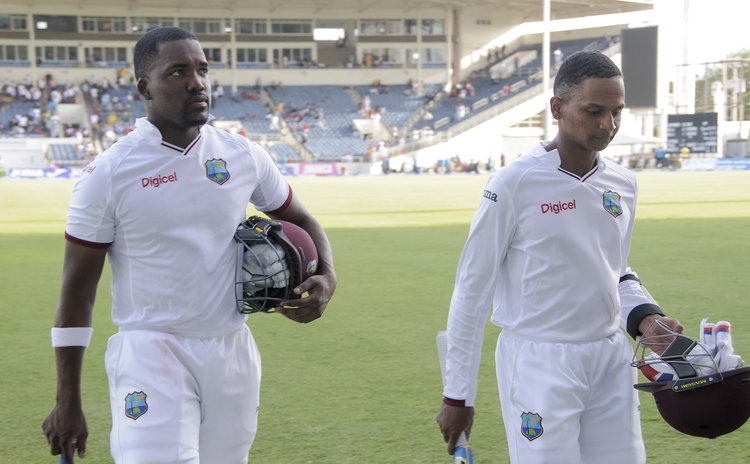 Bravo, left and Dowrich at the end of the 3rd day's play

KINGSTON, Jamaica – West Indies, chasing 392 for victory, reached 16 for two in their second innings at the close on the third day of the second Test against Australia today at Sabina Park here.

The Windies were setback early in their chase, when openers Kraigg Brathwaite and Rajendra Chandrika were dismissed for ducks in the first over of the innings by tall left-arm fast bowler Mitchell Starc.

This followed half-centuries from left-handed openers Shaun Marsh and David Warner, as well as first innings century-maker Steve Smith that propelled the Australians to 212 for two in their second innings before they made an intriguing declaration about 45 minutes before the scheduled close.

Earlier, lanky all-rounder Jason Holder unbeaten on 82, as West Indies were bowled out for 220 in their first innings to concede a lead of 179.