To lose a family 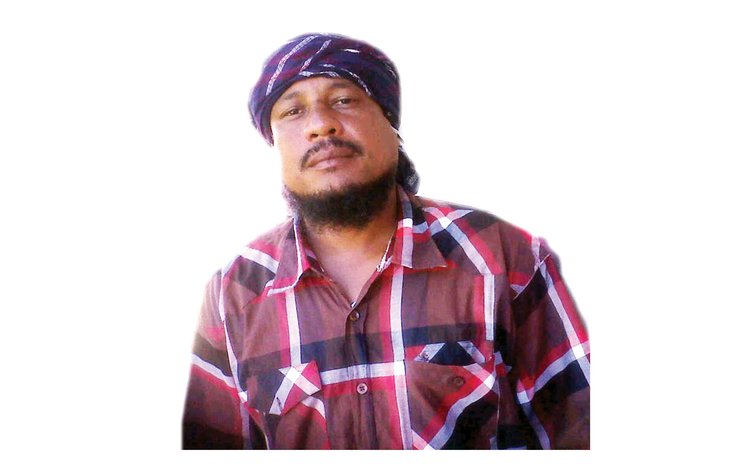 Imagine standing with your brother one moment and the next second a mountain comes tumbling down on him. No last words; no final good-bye— nothing.

You run to tell your parents what had happened, only to discover that they too are dead. Their house, which you knew like the back of your hand, is crushed like cardboard by earth and rubble.

Next, you find out that relatives and neighbours you have known all your life are dead. Houses that formed part of the landscape are reduced to rubble; some are completely buried, as if they were never there.

This apocalyptic scene is not a part of someone's vivid imagination. It's not a Hollywood movie plot, nor is it a bad dream.

It happened at Petite Savanne on August 27, 2015 and has been etched into Fabian Fontaine's memory for evermore.

Still, Fabian is calm as he relates his story.

He woke up at about 6:00am that day and it was raining heavily; big, fat raindrops.

He recalls having a bad feeling about the weather and he left to go to his parents' home nearby.

His 63-year-old parents, Victor and Cecelia Fontaine, his sister and her four-year-old son all lived together on the same plot of land.

"When I went there I actually saw at the back of the house a lot of dirt, like a little slide. The windows, [my mother] had to send it down or the dirt would come inside and flood the place.

"At the back of my sister's home was the same thing. I told [my mother] to leave and she was [leaving to go] to my brother's house."

Fabian knew his brother Alex Fontaine had worked the night shift at the Dominica Essential Oils and Spices Cooperative (DEOSC) distillery some distance away.

He wanted to ensure that he was okay and to tell him to go and check on his girlfriend and their nine-month-old baby.

But his brother had already left the distillery, and just in time too because the water in the river was rising rapidly and had already covered the bridge, making it impassible.

Fabian eventually found his brother taking shelter from the rain in another resident's cellar.

Fabian, Alex, their uncle and six other men looked on for a while as the river roared by, the powerful currents tossing huge trees like they were toys.

The river had transformed completely, bearing no resemblance to the gently flowing waterway Fabian had played in as a boy.

As they watched the river swell, the group suddenly heard a loud explosion.

"Suddenly, I heard a big noise…like a bomb…" A landslide had engulfed the Dominica Essential Oils and Spices distillery and the boiler had exploded.

Within seconds, everyone was covered with debris. "I thought it was the last day of my life…" Fabian said.

Covered in thick muck from head to toe, Fontaine found himself being propelled in a slurry of earth, rocks and debris mixed with water from the river, which had now overflowed its banks.

Fabian prayed as he continued to tumble.

"While I was praying I could hear the water …washing the mud away from me…."

Fabian managed to grab a root and pull himself out of the mud. He was battered and bruised —but alive!

Two cousins rushed to his assistance and took him to their home where they threw water on him to wash away some of the mud. "After a few minutes, I saw my uncle coming. But then I did not see the rest of the guys. All of them had perished," Fabian said.

"And all what you can see in Petite Savanne…no matter where you put your eyes, it's slides.

"I was shouting, screaming….everything was strange…first time I was facing those things in my life.

"I thought my mother and father would get old and I would take care of them, but they just left me…" he said.

Fabian ran to a neighbor's house where he found his sister with her son and another brother Cyrus who was badly injured.

He found that his parents and brother had already died, and his brother's adopted daughter as well, along with an aunt and her husband, four first cousins, two uncles and an uncle's wife.

There was no cell phone service at first, but someone was eventually able to phone for help, which arrived shortly after.

Three days later, Fabian was out of the village. But not before he had helped to bury four bodies found in the aftermath.

"They found a body…I was not there to identify and they say she looked like my first cousin…" he said.

His sister told him that after Fabian had left that morning, she was forced to flee the house with her child.