To win you dance with the enemy 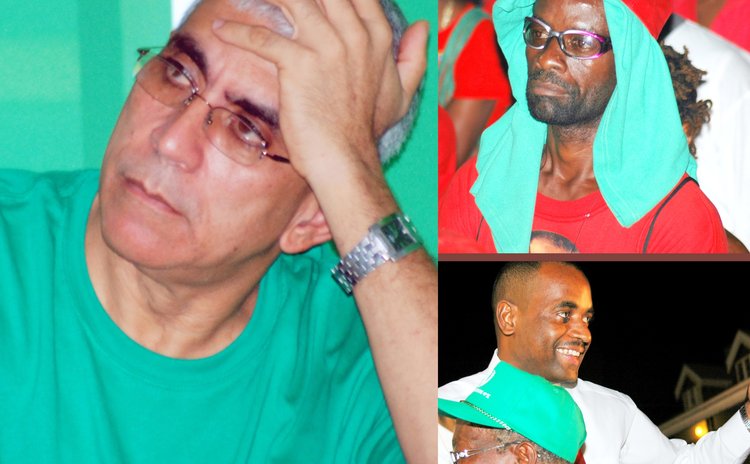 Today various opposition political parties, community groups and organizations are desperately trying to make sense of Dominica's socio-economic, political realities, governance structure and style. The recent landmark ruling by the Caribbean Court of Justice (CCJ) on the 2014 elections treating case may just be the impetus that they needed to gear up and consolidate their organizing, cooperative and coordinating activities.

But in order for the opposition forces to have a fighting chance and reverse Dominica's fortunes as to who 'run things' now is the time to deploy and employ a new practical and realistic dispensation and action plan. Its high noon that the various opposition factions start talking to one another, planning and working together. That is the only way they will have a fighting chance to win the next election in particular with the alleged river of money the Labour Party probably has. Some say that river is as long as the Nile and as wide as the Amazon rivers.

If that is the case and the contentious electoral reform does not come through, then it is even more urgent that these forces formally unite. They will have to dance and waltz closer together in spite of leadership personalities very soon for the risks of doing nothing are too high. I am talking about some form of amalgamation of these opposition parties and groups. I am trying desperately to avoid the big word which begins with C: Coalition. In Dominica there is a strong prevailing view that regardless of who the parties or partners are, coalition arrangements and governments are not very effective at getting things done, let alone working closely and cohesively as entities.

We don't have to look at Israel or Italy to know about the fragility and tenuous nature of coalitions for the past is prologue. The 'Free-Lab' coalition where the late PM, Dame Eugenia Charles' Freedom Party joined with Labour Party to kick out the UWP government some 20 years ago. Some contend that Freedom Party did no benefit nor has not recovered psychologically from the humiliation and betrayal of that 'shot gun wedding'. Some say that the only beneficiary of this hasty and unplanned marriage (coalition) is the Freedom's former leader who is now sitting, laughing heartedly and relaxing very comfortably in the spatial presidential palace. I suppose there are no permanent friends in politics, just permanent interests.

So given Freedom's past experience, will it agree to join in any coalition or amalgamation or realignment? Is it or will it be a case of once beaten twice shy? May be if the older pillars of the party have their way. But the larger question is why are the opposition forces of an island with a painful history of slavery and degrading aspects of colonialism and less than 70,000 people cannot get along? How can former colonial powers in Europe (e.g. European Union) with centuries of fighting wars among themselves are joining together and forming unions for the betterment of their people and nations? And why should Dominicans continue to live under the current system controlled by people who first got into power by accident?

In spite of this these dynamics, it is imperative that the opposition forces forge ahead and build trust, respect, harmony and band together to raise much needed funds. They have to battle a deeply entrench incumbency, monopoly over government media, diaspora voting excursions and a host of alleged election and voting alleged irregularities.

The opposition forces remaining petty political enemies is a sure victory for the current government and its "rich" foreign pals and international syndicates. Is the curse of colonialism, slavery and petty jealousies affecting us and preventing us from being united as a people for the greater good? Failure to unite will be a textbook case of divide and conquer, for the enemy of my enemy is my friend will carry the day. Failure to act decisively and quickly will certainly result in the opposition forces writing their political epitaphs come next election.