Today is not for sorrow, but for confirmation of revolutionary ideas: Cuban veteran 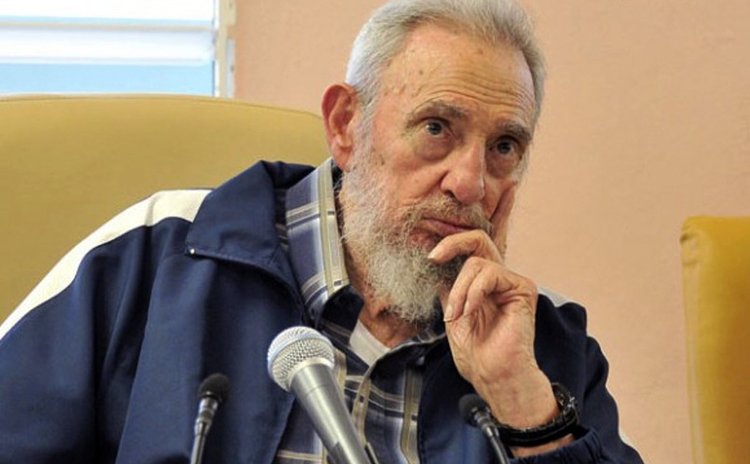 File photo taken on April 11, 2013 shows Fidel Castro attending the inauguration of a school in Havana

HAVANA, Nov.26 (Xinhua) -- Cubans woke up on Saturday with the tragic knowledge that their former President and leader of the Cuban revolution, Fidel Castro, had died.

A brief statement from President Raul Castro, Fidel's younger brother, was broadcast by the official Radio Reloj every 15 minutes during the night, saying that "with deep sorrow, I report to the Cuban people that our beloved leader Fidel Castro passed away at 10:29 pm on Friday" .

"Today is not a day for sorrow but for confirmation of revolutionary ideas," said Ruben Perez, 82, a veteran at the shocking news.

Perez fought in the war which overthrew Dictator Fulgencio Batista, enjoying a close position to the deceased leader and his brother Raul, and serving many years as the personal aide of revolutionary commander, Guillermo Garcia.

"I always thought that he would live longer, at least another seven years, to continue guiding the Cuban people with his ideas and example" , said the former solder, who also participated in the Battle of the Bay of Pigs.

"My generation, despite our age, is ready to take arms and give our life to defend Fidel's legacy, our beautiful revolution that brought freedom and social conquest for our people", said the veteran, who was one of the first 500 Cuban soldiers to land in Angola in November 1975.

"There were many young men who saw him as a father, a friend, and for many of us, he will continue to be the greatest man on earth. I lived with him for a long time and he will now accompany us forever. His spirit is already multiplied in his nation," Perez told Xinhua.

Indira Rodriguez, a bank clerk, said she could not sleep after hearing the terrible news. While she said this was expected due to Castro's age, it hurts her greatly to learn of the death of a man who "struggled so much for a better world for all" .

"I am sad, I will always tell my little daughter about who Fidel was, the revolutionary who embodied internationalism...and supported to friendly countries like Angola, Namibia, Nicaragua, Venezuela, and Bolivia where they also cry and feel his death," she added.

Considered one of the most influential leaders of the 20th century, Fidel Castro led a revolutionary struggle to uphold socialist values that have led this Caribbean nation to a steady path of development.

President Raul Castro has received many messages of condolences from all over the world, with dignitaries stressing the accomplishments of Castro and his place in world history.

World leaders have offered condolences and expressed their feelings over Fidel Castro's death.

In a statement published by the official daily, Granma, the organizing committee of Castro's funeral said his ashes would be interred on Dec. 4 in the cemetery of Santa Ifigenia, in the eastern city of Santiago de Cuba, after Cubans from all over the island pay their tributes to the leading figure of the Revolution.