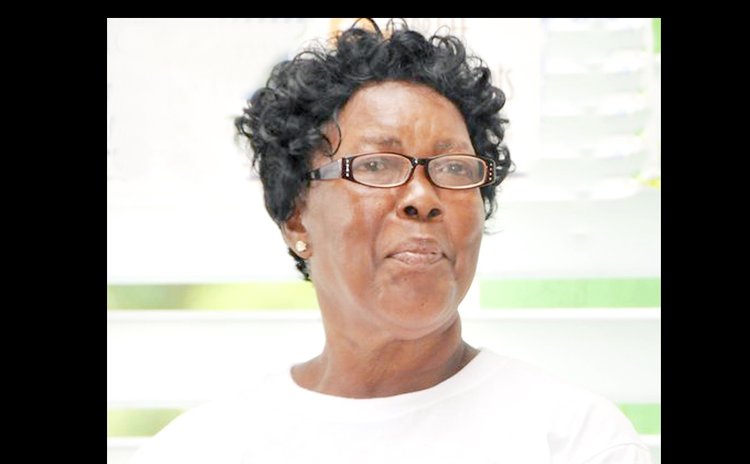 A plea for more markets is being sounded by members of the Toloma Women in Action Group (TWAG) in Delices.

The Group was formed in 2007 and according to its President, Alberta Sorhaindo, "it is a group of women that came together after the decline of the banana industry."

Since its formation over 13 years ago the toloma group has been extremely beneficial to its members financially, helping them earn a steady, more robust income which in turn allowed the women to take care of a multitude of monetary obligations.

The arrival of COVID-19 on Dominica's shores meant the product, which already had limited markets, faced a more dire future with limitations on people's movement and a readjustment on spending by the population.

"Even up to this morning I called to find out whether what I sold to them was finished," Sorhaindo recounted her call to a popular supermarket in Roseau. "They said still have and they told me the sale is not fast like before."

Before the pandemic, the TWAG supplied toloma to two supermarkets in Roseau and some hucksters who would request the product. These hucksters peddled the commodity primarily to Martinique.

The shutdown of markets and restricted movement of people did not stop the toloma farmers in Delices from manufacturing the crop (toloma is the flour-like product made from the arrowroot tuber and can be made into a porridge or used as a thickening agent in soup).

Sorhaindo lamented a glut of toloma in Delices, which is ready for sale or export, and to date, nothing has been done to accommodate this large volume of product.

The group's president told The Sun that to her knowledge no effort is being made to source overseas markets for the product. However, if this did become a reality it would mean a great deal to the members of the group.

"If we had overseas markets it would be a thumbs up," she said. "Everybody would be happy and they would even enlarge their plantation."

The lack of markets is not the only issue affecting the TWAG. Sorhaindo cites transportation as another matter of concern.

"Transportation is one of our objectives, that is one thing we are in need of. To move it from Delices to the factory and the factory to Roseau, " she said.

Back to transitional means of production

The toloma factory, which is key to the production process was damaged by Hurricane Maria in 2017 and is currently non-operational, but this may change soon.

"The factory is being renovated with the help of UNDP and GEF. The building has been re-roofed but the equipment is not in yet," she said.

As a result, toloma farmers in Delices are using personalized, small-scale factories to manufacture the root. Currently, the group has 54 members who also come from the hamlets of Carib and Stowe. Following Hurricane Maria, the group became gender-inclusive and men are now part of the organization, though in the minority.

"Delices always have people who have their own little old-time factory. They using it, everybody has to return back to square one," she said.

Sorhaindo says the larger factory will be a major boost to the production chain once the equipment is in.

"We are ordering equipment right now through a grant from UNDP. The grant is in the amount of US$10,000 or EC$27,000. That money has to be completely used before the month of June," she said.

Sorhaindo is hopeful that if all goes according to plan the factory should be operational by August 2022.