Tonge to give DAIC new voice 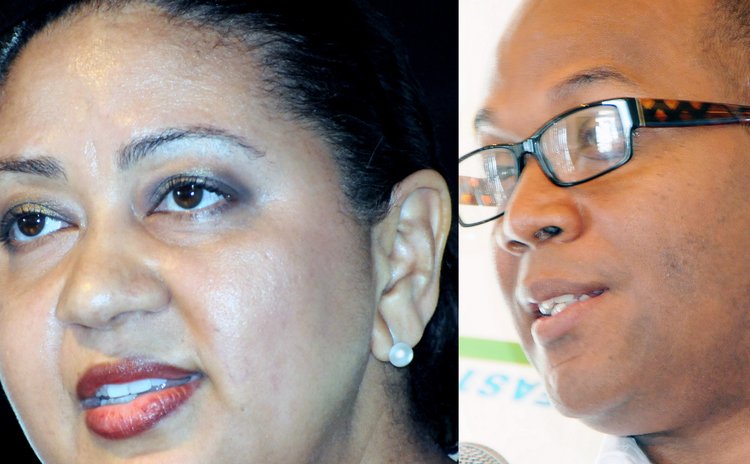 Dissatisfied members of Dominica's Association of Industry and Commerce (DAIC) describe the private sector organisation as a tiger without teeth, a dog with neither bark nor bite.

So, maybe the DAIC needs a few pinches of patience, a sharper focus, a louder voice and a couple of new incisors in its mouth. Now that the DAIC has a Tonge that replaced its Piper maybe the DAIC will speak with a clearer voice. At least, we hope so.

Last week, Robert Tonge replaced Lillian Piper at the top of the organisation when the DAIC met at the Fort Young Hotel for its annual general meeting.

Before she left Piper told her colleagues that she was "convinced of the absolute necessity for our organization".

"These are not ordinary times," Piper said. "The role we play in moving our economies out of this negative into positive growth that will be felt in every pocket of every household is CRITICAL. Private sector you are the lifeline to this economy".

Then she begged, sort of, for the DAIC to save itself.

"Please, please, please… Private Sector," she said. "Let us work with one another, find our similarities and work together, pull each other up, be unified and not be divided. As members of the Business Community, as members of this society, it is our duty to lead by example.

Piper said she hoped Tonge and the DAIC will build on the relationship with Government.

"Moving forward, we must re-think our relationship with Government. Let us consider a new method of dialogue with Government in order to continue to foster the enabling environment that we need. Dialogue that is clear, objective, consistent and strong.

"Do not misunderstand me though; I have become very familiar with the challenges within the relationship between Public and Private Sector. We must face these challenges if we are to move closer together. I continue to believe that Governments must exist to "facilitate" private sector action in the economy. Moreover, the private sector is the wealth creator in an economy. Governments, for the most part, promote and regulate. Too often we see Government getting involved in areas that may be best left to the private sector. I have also noted that Government, even in attempting to reform, may continue to involve itself in certain activities which may dissuade private initiative to take over. I do not believe that this is done with a bad intention but do believe strongly that these may be affairs best left to the Private Sector.

"It is also my belief that there is a false sense that Government is the best one to "do", to be the Engine of Growth, even when history and evidence clearly show, that major efficiencies and employment can be created with Government privatizing the delivery of services to the citizenry.

"We must continue to urge Government, as we have done in the past, not to crowd out the private sector in this narrow and shallow market, by seeking to create units and departments to provide services which the private sector can provide or is already providing. We must remember those units do not pay taxes on profits and they are in fact being subsidized by tax payers; the very tax payers who they then compete with. If this approach continues and becomes the norm, we will see further closure and unemployment in the private sector and the consequent reduction of tax revenue and the attendant reduction in employment by the private sector.

At the end of the AGM, Tonge was nominated unopposed and elected as president of the DAIC as well as the Vice-President, the Treasurer and two directors. The only newcomer to the Board is Jim Alston, General Manager of Scotia Bank; he was nominated unopposed and elected as director. The complete Board of Directors is : Robert Tonge – president; Norman Rolle; Jeffrey Baptiste – vice-president (re-elected); Lisa Defrietas-Nesty; Edmund Baksh (Treasurer) – re-elected; Kira Thompson-Aird; Lilian Piper – immediate past president; Marisa Gabriel-Simelda (re-elected); Steve Astaphan; Jim Alston (new); Orrin Jolly.