Top Five stories you may have missed 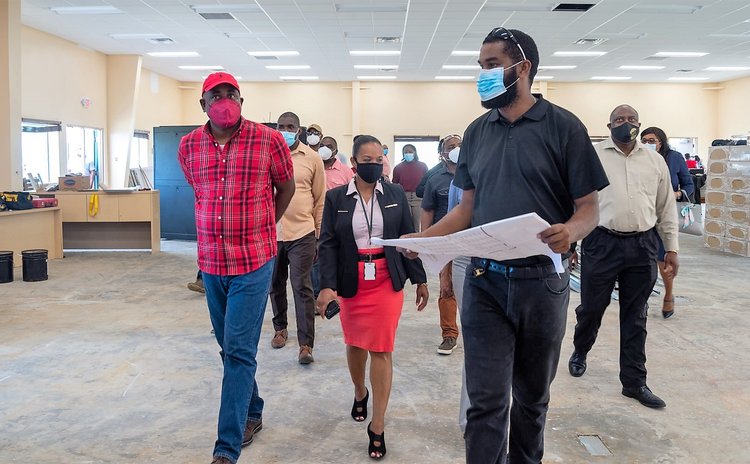 Following a contentious election campaign, Bill Doctrove, former West Indies umpire, and FIFA football has foiled Dr. Barry Casimir from making it to the helm of the Dominica Olympic Committee (DOC). Doctrove who retained his presidency triumphed over his opponent -former DOC treasurer- 11 votes to 6 in the controversial elections held on Thursday, December 16. Former president Felix A. Wilson plans of returning to the executive was also crushed when Glen Etienne, the president of the Dominica Football Association (DFA) defeated him, Donnie Robinson, and Ray Robinson for the role of Vice President.

The Government of Dominica seems to be making good on its promise to partner with and expand the operations of the largest private-sector employer on the island- Clear Harbor. During his independence day address, Prime Minister Roosevelt Skerrit announced that the American company will establish a new branch in Picard, Portsmouth, and employ nearly 200 individuals in the New Year, 2022 and an additional 300 by May 2022. On Friday, Skerrit led a site visit to the Clear Harbor Call Centre to observe the preparatory works ahead of the formal opening early next year. As reported, Government is covering the cost to refurbish the facility for operations to commence.

Five Polish nationals and three Swedes who pleaded guilty to illegal entry into Dominica have been fined $2,000.00 each. According to the charge of the police, on December 5, 2021, the non-nationals who were traveling to Grenada from St. Martin on a yacht on an aforementioned morning entered the country at Salisbury, which is not an approved port of entry. On their arrival off the coast of Salisbury, captain Michal Starck of Sweden docked the vessel at the Salisbury bay known as "Benad" where they all disembarked the vessel and proceeded onto the island. Following their testing for COVID-19, they were arrested and then taken before Magistrate Hansel Valerie in the Roseau Magistrate court where they were represented by attorney-at-law Kondwani Williams and Tiyani Behanzin. Following a plea in mitigation on their clients' behalf, the eight foreigners were charged EC $2000.00 each to be paid forthwith, in default, three months imprisonment. The fines were paid and the non-nationals subsequently left Dominica.

The general membership of the Dominica Association of Evangelical Church (DAEC) has ratified the executives' decision to join the government of Dominica on the matter of the lesbian, gay, bisexual, or transgender (LGBTQ) community here. This decision comes following their recently held Annual General Meeting, where the lead pastor of the Trinity Baptist Church Randy Rodney has been reelected unopposed to serve as president of the DAEC for his third and final term. The association has said in the past that it will stand with the government of Dominica to fight a pending challenge to the island's existing buggery laws.

The Dominica Association of Industry and Commerce (DAIC) signed a Memorandum of Understanding (MOU) with the Caribbean American Alliance (CAA) to strengthen and explore trade and investment opportunities between Dominica and the United States of America (USA). In this partnership, DAIC has agreed to: share information on investment opportunities, serve as the liaison with public and private sector partners in Dominica, serve as a reference for administrative and legal procedures for investments, and troubleshoot any trade issues that might occur. CAA has indicated its willingness to ensure that DAIC, as a member of the alliance, capitalises on all the opportunities that exist in the USA and the 26 countries in the Caribbean through its connections.