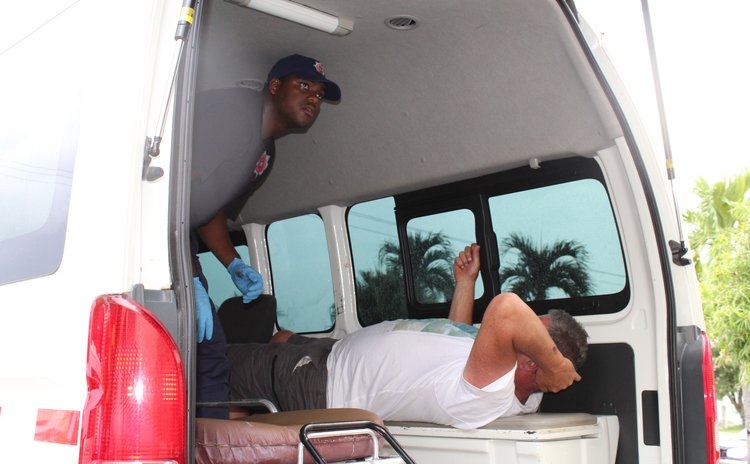 Robert Tonge, the Minister of Tourism says he is "saddened by the loss of life" of a British cruise passenger who died in a bus crash on a P&O Cruises holiday in Dominica.

Nine others were injured.

They were on a shore excursion on Wednesday when their tour bus was involved in a collision.

The BBC reports that the P&O ship Azura sailed from Southampton on 28 October with more than 3,000 passengers on board. P&O has confirmed that all those injured are British, and have been treated at a the Princess Margaret Hospital.

"The bus was carrying 12 passengers, including 10 guests from Azura. The cause of the accident is not yet known," the cruise company said in a statement. "Our employees and crew are working to do everything we can to extend support and assistance to those affected and their loved ones".

"At 1:30pm on the 9th of November, 2016, there was a vehicular accident involving a sedan and a passenger bus, in the Antrim area.

"Another 11 people were injured in the incident, 3 locals and 9 visitors. Our concerns have been with them and all is being done to ensure they are treated with the best care, to assist with a speedy recovery.

"The Fire/Ambulance/Police and the Hospital department moved quickly to ensure the safety of the passengers and drivers of the respective vehicles.

"The Hospital initiated their mass casualty protocols to receive and care for the injured.

"In line with a well-established Crisis Action plan, the Ministry of Tourism has undertaken necessary measures to provide clear and concise information to the injured, their families, the Cruise line, the respective embassy, and the respective stakeholders. "The Government, the Cruise Line and other key agencies have all been briefed on the situation.

"Again we deeply regret this incident and will continue to assist the victims and the families in any way that we can in light of this tragic matter".