Trade unions in Dominica: would you say that they are a selfish, senseless and senile bunch? 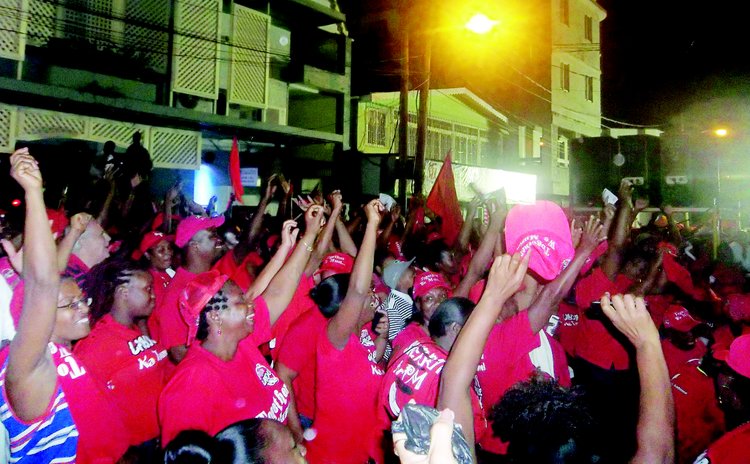 If you conclude that trade unions in Dominica and their members are a bunch of selfish, senseless, and senile people you may be justified because it is absolutely laughable that after decades of attempting the formation of a trade union congress the movement has practically given up. It has failed miserably.

Ironically, each union tells its members every day that separately they are malleable weaklings but together they will be as strong as steel. So, what's really holding the trade unions from forming a congress- is it party politics, inane stupidity, suicidal tendencies? Take your pick. But one thing is certain- if the COVID-19 pandemic has not forced togetherness among the trade unions of Dominica, nothing else will. Probably only Divine intervention can force the changing of hearts and minds of leaders of our trade unions.

Stating the obvious, the executive summary of the document, "A Global Trend Analysis on the Role of Trade Unions in Times of COVID-19" published by the International Labour Organisation (ILO) says that "The world of work is being profoundly affected by the global COVID-19 pandemic". The ILO adds that governments "have launched fiscal stimulus programmes of an unprecedented scale with a view to supporting income and jobs as well as preventing an outright collapse of the economy".

Notably, the ILO believes that worldwide effective social dialogue and cooperation between governments, employers' organizations and workers' organizations "have proven indispensable to designing and implementing appropriate strategies and policies to address the negative impact of the COVID-19 crisis and to building inclusive societies". In the case of Dominica, the issue of an appropriate stimulus package implemented by the Government of Dominica is rather contentious; we are not even sure whether the trade union movement has a united position on that issue; or whether the government consulted the unions at all in its response to Covid-19.

In fact, the trade union movement must be very worried that the pandemic is eating away at its membership. The movement should be most concerned about their core workers including front-line and informal economy workers as well as self-employed and casual workers who are hardest hit by Covid -19. The pandemic has taken its toll on agriculture, tourism, road and maritime transportation as well as aviation and construction, commerce and hospitality, and the entertainment and manufacturing sectors. In the document, "A Global Trend Analysis…" the ILO suggests that trade unions during this period should be focusing on topics including "amendments to existing legislation in light of the COVID-19 crisis, retrenchment benefits and unemployment benefits for workers who lost their jobs, income support to self-employed workers and persons in need, additional benefits for health care workers, and necessary safety and health measures for workers. Targeted actions of trade unions for their members/workers included setting up emergency funds, awareness-raising campaigns, training programmes and labour market matching services, legal advice, distribution of food parcels…"

But the impact of the Covid-19 pandemic is not the only issue that the trade union movement should be concerned about as it prepares for observing May Day 2021.
First, as we await another hurricane season, we must not forget that Hurricane Maria and the rampant looting of private sector businesses that followed the ravages of that mega-storm left hundreds, even thousands, of members of trade unions without homes, without jobs, without employers and, most importantly, without much an economy. Though the overall situation has improved since Hurricane Maria, we are still amazed that leaders of trade unions in Dominica have been so very lukewarm about that week-long post-Maria widespread looting. In addition, the unions have been perfectly silent over our government's couldn't-care-less attitude to the request from the private sector for an independent inquiry into the breakdown of law and order after the storm. Four years after Maria there has been no inquiry as the government continues pretending that the widespread looting did not happen and as a legal case languishes in the High Court.

Nevertheless, as the trade union movement in Dominica prepares for the observance of another May Day (on 3rd May 2021) we hope that the dismal economic conditions in Dominica, made worse by Covid-19, will influence trade union leaders to come together for the benefit of their members.

For an institution whose motto is "unity is strength", the heads of the Dominica trade union movement seem resolved on promoting their idea that "divided we stand … so let's fight for the small pieces of cake."

So as Labour Day 2021 approaches, we have another opportunity for serious reflection on the significance of the event and an additional occasion to reassess the effectiveness of the trade union movement at this juncture of Dominica's development. Most persons will readily admit that there have been some major changes, mostly negative, over the past four decades of trade unionism. In the Seventies, for example, Labour Day provided an opportunity for workers to celebrate their status as a newly organised workforce and to savor their strength as effective and powerful collective-bargaining units. But over the past three decades, the observance of Labour Day has been rather lukewarm as this important anniversary lost much of its meaning. Labour Day or May Day, as it is also called, is no longer an occasion for workers of the world to scream "unite!" as they frequently did during the period when Communism was at its zenith. Remember Karl Marx's famous statement? "Workers of the world unite! You have nothing to lose but your chains".

On May Day during that period, workers used that day to contemplate the gains that their ancestors achieved during the period, from the abolition of slavery to the attainment of political independence. But today, younger workers no longer have enthusiasm for collective bargaining and generally they do not comprehend the import of May Day. Many youth believe May Day, observed in Dominica on the first Monday in May, is merely part of a long weekend during which matters pertaining to national productivity has to "chill out". It is sewo time again.

In fact, our response to May Day is so indifferent that a few years ago, before the Hurricane, the Dominica Labour Party government (ironically a political party formed by E.C Loblack and Shand Alfrey, two champions of the rights of poor workers) planned and implemented the official opening of the Roseau West Bridge, on May Day, with apparent negligible concern that the distraction would have had a negative impact on the observance of worker's day. Generally, most union leaders and their members stayed rather silent.

We strongly suggest that final discussions on the formation of that congress should occupy a large part of May Day 2021 because it is the best defense against the tide of change that unions are being forced to swim against today. Otherwise, trade unions, we suggest, should consider whether to pack up and disappear.