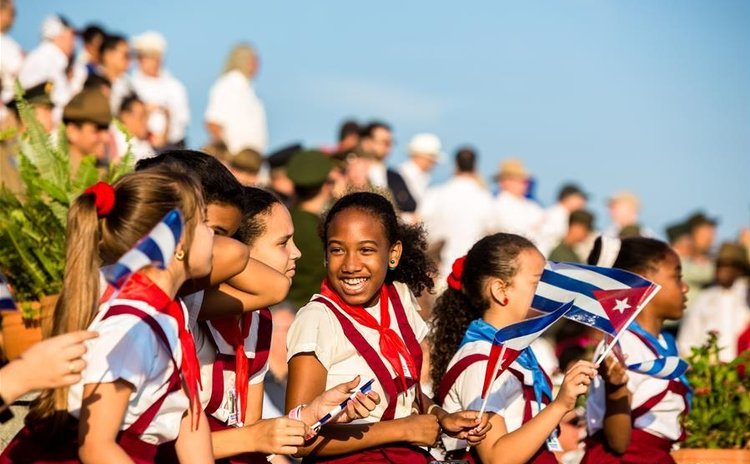 BEIJING, May 2 (Xinhua) -- Trade unions and workers staged rallies across the world on Sunday to mark the International Workers' Day.

In France, thousand marched in Paris in protest of a labor reform bill that has already prompted mass demonstrations in many parts of the country in the past few weeks.

Police data showed some 84,000 demonstrators took part in the May Day march, compared to last year's turnout of 76,000.

Protests were largely peaceful, with only a few brief clashes in Paris.

In a statement, Interior Minister Bernard Cazeneuve said 18 people were arrested, and one policeman and one protestor were slightly injured.

In one of the confrontations in Paris, a group of about 300 demonstrators chanted "everyone hates the police," and some of them pelted stones at police officers. The police responded with tear gas and stun grenades.

The proposed labor reform would allow longer for working hours and make it easier for companies to lay off workers. Critics say the new measures could erode hard-won workers' rights.

Meanwhile, many in Italy on Sunday took part their first May Day celebrations since the country has conducted an overhaul of its job market.

Tens of thousands of people joined a traditional concert in the central Piazza San Giovanni in Rome, as local and foreign musicians performed from the early hours in the afternoon till late at night.

The atmosphere was joyful, but several people interviewed by Xinhua said they were actually disappointed by what little the government has done for workers.

Organizers say they are glad the government has raised the minimum wage, but a lot remains to be done regarding improving working conditions.

On the other side of the Atlantic, hundreds of thousands of workers, teachers and farmers across Latin America turned out on Sunday to demand better welfare and working conditions.

Members of the country's largest unions, including the National Coordination of Education Workers, the National Workers' Union (UNT), and the Mexican Syndicate of Electricians (SME), walked along the famous Paseo de la Reforma all the way to the Zocalo, the city's main square.

In a speech, UNT leader Enrique Fabela said May 1 was an opportunity for workers in the countryside and cities to seek to reverse the trend of socio-economic decline.

Ulises Uribe Gaona, a leading activist from the SME, spoke about how the majority of Mexican workers live in fear and frustration due to kidnappings, human rights violation and the criminalization of social protests.

In Peru, thousands of workers took to the streets to demand an increase in the minimum monthly pay to 450 U.S. dollars, said Juan Jose Gorriti,a union leader.

Gorriti said that the minimum salary, which will be increased to 260 U.S. dollars (850 soles) from today, is insufficient to cover the high cost of family necessities, including staple foods and basic services.

"The basket of needs is at 1,500 soles, we therefore demand that the minimum salary be raised to that level," he told a rally in Lima, Peru's capital.

Bolivian President Evo Morales released seven decrees Sunday to mark the occasion, including a salary increase and a call for austerity due to low oil prices.

At a rally at the seat of government in La Paz attended by farmers, oil workers, factory staff, and miners, Morales said that these decrees would strengthen Bolivia.

"We want to strengthen the economy. Some decrees are aimed at boosting the domestic market, while others seek to fight smuggling, which causes a lot of harm," said Morales.

In Brazil, the largest economy in the region, protests were seen in 16 of the 27 states, with the the largest march in the city of Sao Paolo, involving around 100,000 people, according to organizers.