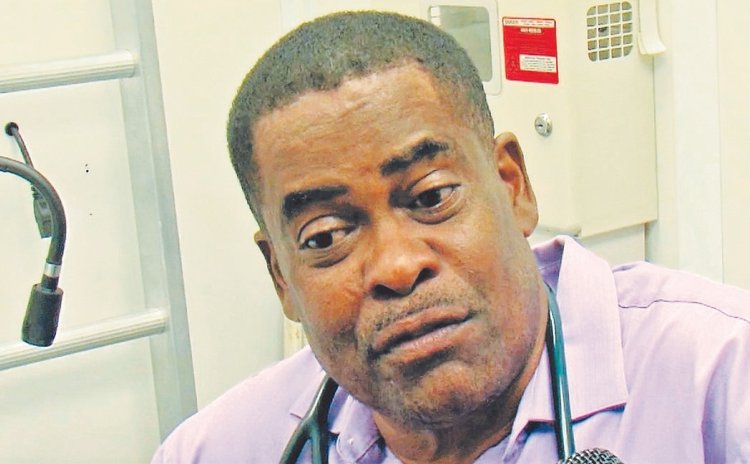 This tribute is not so much about the professional, Dr. Phillip St. Jean, as it is about my humble fallen friend, Zico, with whom I shared many memorable and humorous experiences when we were students and later teachers together at the St. Mary's Academy (SMA). Dr. St. Jean was passionate in all his endeavours.

I first met Dr. Phillip St. Jean in the late seventies when we were students at SMA. I became more acquainted with him when we both competed in the SMA junior calypso competition in 1980. He won the crown that year and I emerged a distant 1st runner-up. He was that good!

Zico, as we at SMA knew him then, was an exceptionally talented junior calypsonian. He wrote and composed his own songs. His 1980 winning song was entitled "Doh Let de 'Pigeon' Fly". Of course, the "pigeon" in question was Patrick John (P. John) and the song was about clipping its wings – denying him another chance at the political governance of this country. Dominicans must have taken heed to that popular refrain, for the pigeon was indeed grounded forever!

Dr. St. Jean was an ardent sportsman, and like most of us then, competed simply for fun and relaxation. While he was engaged in table tennis, shuffle board, and badminton, his true love was basketball. We both represented SMA at that latter sport, along with others such as his medical colleague and our mutual friend Dr. Irvin McIntyre. We three later played for the Sixth Form College (SIFOCOL).

We spent countless afternoons on the SMA hard-court in friendly competition. He had a particular liking for a unique lay-up style (a run-up to the basket to score) that he had developed and perfected. It invariably was executed from the left far-end of the half court. It started with some focused dribbling in a crouched position. This was followed by a few rapid movements of the feet, a sideways arch-shaped movement akin to an aroused roster about to pounce on a reluctant hen. What followed was a couple lay-up strides a few feet off the left side of the basketball backboard, while ducking under the defensive hands of an opponent. His lay-up drive culminated in a sudden and unexpected launch towards the horizontal sideline and a flick of a wrist to propel the ball against the board for a near certain score. This style was so commonly employed and, therefore, so amusingly predictable that I would hasten to the point of shot execution from the time I observed the initial movements. I would await him there with the deliberate intent of having him run into me only to shout "fowl" to my delightful satisfaction. This was an immense source of frustration to my friend as it forced him to abandon his cherished lay-up style against me. He found relief, however, as he executed it without fail on other unwary opponents. We humoured each other many times over this years later whenever we met and recollected our youth experiences.

Zico was quite a comedian. He saw and exploited the funny side of life's mundane experiences and was keen to share them with others. He often prefaced his humorous accounts with some creole expression, invariably imitating elderly country folk speaking in that vernacular that they were most comfortable in. Zico loved the creole language and its vivid anecdotes and idiomatic expressions. His love for humoring others was matched equally but his own appetite for a good joke.

Dr. St. Jean had a great passion for excellence in his educational pursuits. I recall the numerous nights we spent with other peers at night studies at SMA and SIFOCOL. This led to his successful completion of a B.Sc in Natural Sciences and his subsequent M.D. Arguably, his passion was most glaringly exhibited in his administering of medical care. Dr. St. Jean was a very caring doctor – he had 'natiwel'. This character trait is so noticeably absent in many engaged in medical services here. My parents often recount the number of times he visited their home to administer medical care to my blind father. They always mention how awed they were at his down-to-earth and sociable nature.

It was with deep shock and immense regret that I learnt on Thursday March 8, 2018 of his sudden and unexpected passing the night before. My hope is that he had made his peace with his Maker, the Lord Almighty, who had so endowed him with the gift of humoring, loving, and caring for others, particularly the elderly and the disadvantaged. May the God of all grace comfort the hearts of the grieving family he has left behind.