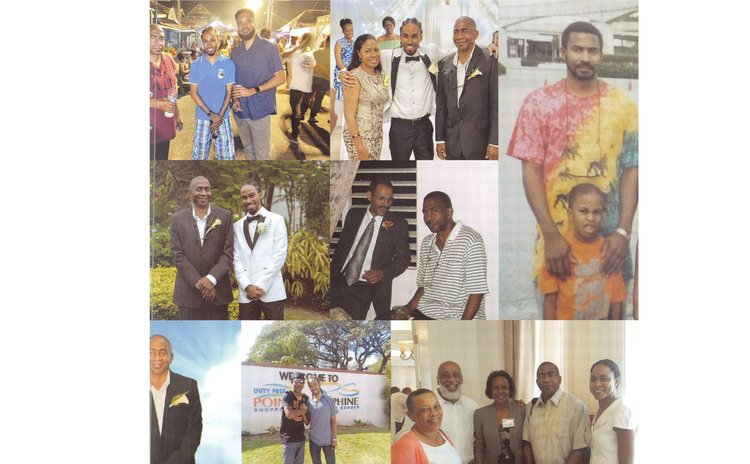 Another Family Album. From Funeral Programme

The passing of Mikey speaks to the fragility of us all One minute larger than life, the next gasping for the breath of life

Mikey was a rich man, full of the things that mattered

To help make us all better for having engaged, for having given without restraint

Always trying to reach to the height where he could dispense the love, the brotherhood, the care, the charm, the richness of relationship intended to last till the end of time, the goodness of man on display

He was a volunteer news reader at Voice of the Islands Radio. I had asked for help, and he came running.

The Catholic Radio station's daily news package carried local, regional, international new as well as news from the Vatican. One evening the news readers were Mikey and Dianne Francis who had been a TV news presenter for Action news in which Herry Royer, Tim Durand, Duncan Stowe, myself and others had been involved. Mikey and Dianne's professionalism shone bright throughout the presentation until they reached the Catholic News, and Mikey came face to face with a Catholic Bishop whose name confronted him and said "read me correctly if you dare" oh, I remember that incident so fondly.

My friend could not pronounce a name he was seeing for the very first time but he gave it his best shot: "Vadvoice; Vadvo; Vada... He would not stop trying, to the background music of Dianne's low-keyed chuckling "who who who" Eventually Mikey abandoned the word and tackled the rest of the item, with Dianne still in stitches trying to contain her laughter.

After the news we teased Mikey about the Bishop who had ended up twisting his tongue. It was notable for the simple reason that he was the consummate professional, getting it right more often than not. And as usual he wasn't flustered looking forward to the next time he would have another encounter with a stubborn Italian name!

My friend Mikey, who remained inspirational all of his life.

Our world was so much better for his wit, charm, charisma, love of mankind and all things worth fighting for.