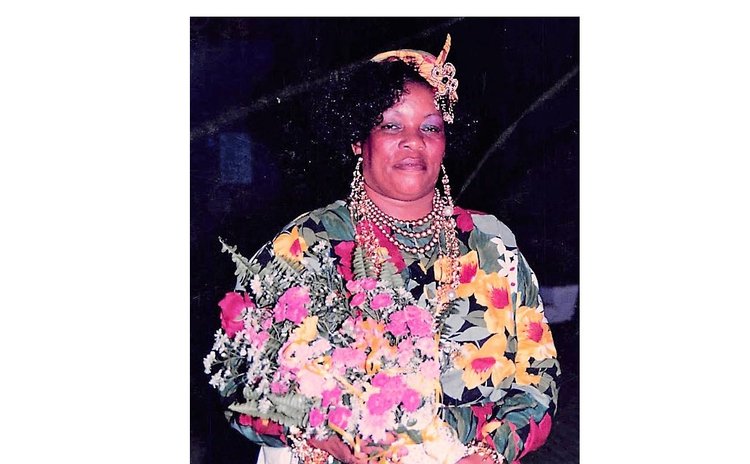 Vena's contribution to business, culture and cuisine enrolls her, beyond a shadow of a doubt, in the Caribbean Phenomenal Women's Hall-of Fame.

Vena's Guest House & Madame Wob Dwiyet are two of the many things which Vena did for Dominica, by which she will be remembered.

Yet we cannot, not mention her exquisite Dominican creole cuisine. Up to recently, I was reminded of Vena's fantastic culinary performance, by one of the attendees who along with Vena and the National Development Corporation (NDC) team, in 1998, formed Dominica's and the OECS first delegation to attend the Grand Pavois Boat and Yacht Show in La Rochelle.

Many of our elders, historians and literary luminaries, referred to the 150 years old, recently demolished wooden building at the corner of Cork Street and Independence Street, as the Jean Rhys building. And they were not wrong, because Jean Rhys, author of more than two dozen books and short stories, including "Wide Sargasso Sea", lived in that house for the first 16 years of her life. Indeed, Jean Rhys was a prolific writer who glorified Dominica's beauty and culture in her novels.

My generation, however, who referred to this said building as Vena's Guest House, are also correct. Vena McDougal who was awarded Dominica's Meritorious Service Award in 2004, lived in the Jean Rhys house for many years, more than our much acclaimed writer Jean Rhys.

Vena, though a small business woman, acquired the Jean Rhys House in the 1980's and held unto it till 2009. Writes Polly Pattullo in Repeating Islands, "...on the death of Mr. Winston in the early 1980s, the house was sold to an inter-island trader called Vena McDougall, who turned the building into Vena's Hotel. At that point much of the interior was adapted to accommodate guests: .... the yard, however, retained some of its charm, and in the 1980s it became a pleasant restaurant known as the World of Food. The huge mango tree still provided shade, and at that time a plaque associating Jean Rhys with the house was nailed to its base. It remained the only tribute to the writer. Harry Sealey was the restaurant manager at the time and remembers how people would come there because of its associations with Rhys. 'The Dominican-born journalist and academic Edward Scobie would bring his students there,' says Mr. Sealey, 'Tourist groups would also come and, in 1990, the cast of the UK television series, The Orchid House'."

Recognizing the historical and cultural value of the former Jean Rhys residence, Vena converted it into her home and guest house.

Vena, this phenomenal business woman and cultural icon, in converting the Jean Rhys home to an income generating Vena's Guest House, not only took the Jean Rhys home to a sustainable conservation level, but enabled thousands of Dominican, Caribbean and international visitors to sleep in the house where Jean Rhys was born and raised, and to savour Vena's Dominican creole home-style cooking, under the big mango tree in the yard.

Many times on my travels as Minister of Tourism (1995-2000), guests who had stayed at Vena's Guest House and eaten under the mango tree in the yard, would rave to me about their wonderful experience.

I got to know Vena in the 1970s, when she operated her hair dressing salon on Hillsborough Street, in Roseau, just across from the Government Headquarters. In those days as a young businessman operating a high fashion garments and shoes store under the name of BYTRINEE, I travelled regularly to Puerto Rico and Miami, shopping for the latest in fashion to satisfy my very fashion conscious Dominican and Caribbean clientele. I often travelled on the same LIAT flight with Vena, who was herself shopping for the latest hair products, cosmetics and later garments for her salon and boutique.

I wish to express my sincere thanks to Vena, for introducing me and my partner Eucief Nixon (Trinee), to many of the reliable and trust worthy suppliers in Puerto Rico. But that was the kind of person Vena was- completely unselfish and willing to help others.

This selfless, community-minded quality in Vena was further reflected in her desire to teach young girls the beauty profession. To do this Vena established the Vena's School of Beauty and Cosmetology. This was the first school of its type in Dominica, and many of our young women practicing the profession both here and overseas, are graduates from Vena's School of Beauty and Cosmetology. Vena's Community involvement was not limited to the School of Beauty. Vena provided accommodation free of charge and paid tuition, books and other expenses for many young Dominicans who could not afford the cost of attending Secondary school.

A Pillar of RIC

Vena was a pillar of support to the many activities organized by the Roseau Improvement Committee (RIC). I remember her particularly for that delicious soup she always gave us. For more than a decade, Vena donated the delicious soup and garlic bread to serve 150 mothers at the annual RIC Mother's Day luncheon. When RIC would be doing street cleaning on Community Day of Service, Vena would make sure we had some refreshments.

The many tourism business enterprises established by Vena included: Vena's Guest House; World of Food; St James Guest House and Vena's Paradise Hotel in the heart of the rainforest at Pond Casse.

In her tourism business, as in her other businesses, Vena was "captain & cook". She managed her hotels, she marketed her hotels, and she cooked delicious creole food for her guests.

However, like many of the other local hotel operators, the persistent low hotel occupancy rates in Dominica's hotel sector, took a heavy toll on Vena's hotel businesses.

Vena's wide experience in the tourism business made her a very well qualified candidate to be a director on the board of the National Development Corporation, where she served from 1995 to 2000 representing the interests of the small hotel sector. There, she ably advocated for the small hotels and guest houses and represented Dominica well when given the opportunity.

Vena's outstanding culinary performance at the Dominica booth at the Grand Pavois Boat and Yacht Show in La Rochelle in 1998 will remain etched in the memories of our entire Dominica delegation and the many visitors to the Dominica booth.

Thank you Vena, for all that you did to help build our Country, Dominica.

Farewell, my dear and honored friend. Go in peace.