Trinity: Grandfather, grandmother and mother and now son in Calypso 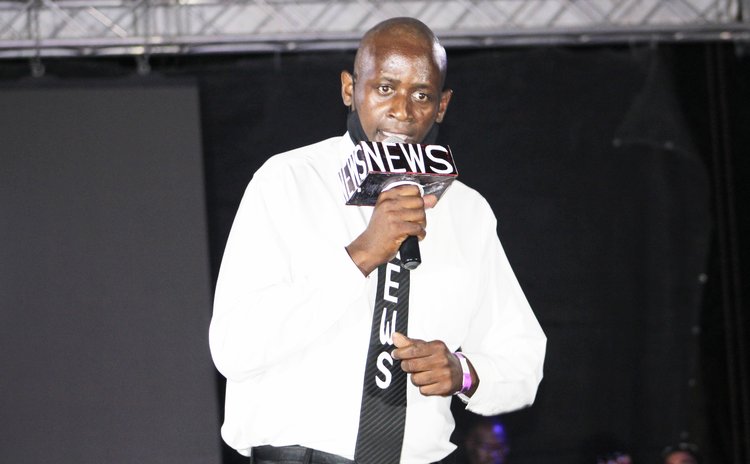 Trinity performs at the 2021 Calypso Semifinals

Gaiel "Trinity" Registe was born and raised in Newtown and he has a rich family background in Calypso.

A 33-year-old security officer, Trinity has been in the business of Calypso for eight years but he is through to the finals for the first time in the 2021 competition.

"My great-grandfather is known to all in the Calypso arena in Dominica as "Papa-La", my grandmother is known as "De Challenger", my mother also took part in Calypso with her stage name "De Young Challenger," Trinity said.

"I decided to go into the Calypso business at the death of my great-grandfather. It was always his wish that I enter into the Calypso arena and so I made a vow that I was going to take part in the competition and so that is where my Calypso name "Trinity" originated from."

He continued: "Remember, my great-grandfather used to sing, my grandmother and my mother so that's three people and now me, so that's three in one hence the name Trinity."

He added that his great grandfather, the late "Papa-La", would be proud to have seen him on the Calypso stage.

"The first time that I participated was a song that I penned but did not make it pass the elimination. That was just the beginning of things because I vowed to continue. I then got a song from veteran Calypso writer Pat Aaron entitled "A job, a job…a job" but failed again," he said.

Aaron also wrote his 2021 hit song: "Open Borders" Trinity said once he has life and breath, Aaron will be his writer.

"I came up with the idea and gave it to him to work on and the rest is history," he said. Looking back over his eight years of competing in Calypso he described the period "as not nice and frustrating."

"The judges kept rejecting me year in year out and I told my guys that I done with that because the judges hate me and so kept pressuring and frustrating me but in the same breath a spirit was saying to me don't give up, keep on pushing and trying you will one day get success and reward," he said.

"Follow your dream and aspirations, don't give up, and one day when you least expect the result will come your way. It might just be a day that you weren't expecting, so just go and do your thing," he said.

He advised other calypsonians to do their best at all times and the judges maltreatment just inspired him to keep on trying.

"I knew that one day they would recognize me. If you fall at elimination don't give up, you will get better than those with name that the judges are making it pass them," he said.

"My role model as a calypsonian is Booplè. He put me to seat and showed me how to use a stage, how to render and all. Also Dice, he is just great. I watch him do his thing, and try to do it my way from what I see them do on stage," he said.

The song "Open Borders", he says, has three meanings.