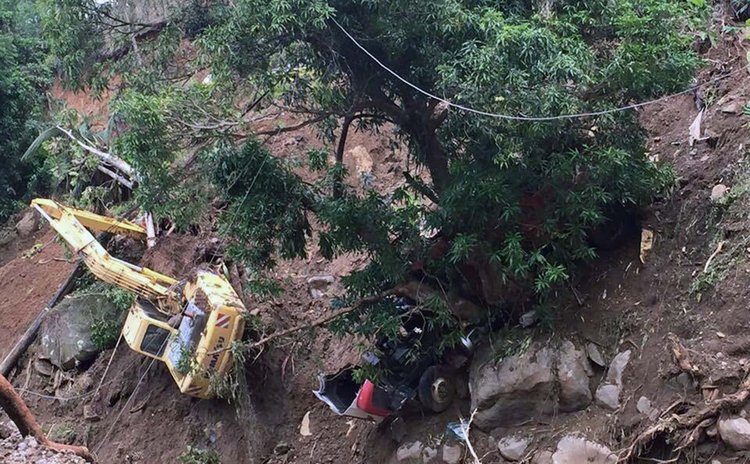 Jungle Bay in Dominica sustained catastrophic damage as a result of mudslides, and flooding from Tropical Storm Erika. All guests and staff are alive. However, the surrounding villages were significantly affected by this natural disaster.

Petite Savanne suffered the greatest loss of life. While the official death toll is still unknown, loss of life is believed to be around 20 persons including relatives of Jungle Bay staff. The remaining population of Petite Savanne was evacuated by helicopter and sea, as the area was deemed unstable. They will be permanently relocated.

Other villages were impacted as well. The village of Delices suffered one death from a landslide and significant damage. The villages of Boetica and La Plaine, where staff members live also are in desperate need of emergency resources.

This unfortunate disaster has shattered the lives of all our employees, but especially those from Petite Savanne. They now must restart their lives. In addition to having lost homes, all possessions, and family, they also have lost their livelihood. Jungle Bay too was destroyed and will be unable to re-open due to the instability of the land.

Ten years ago this year, Jungle Bay opened as a noble concept. At its core was a group of passionate hard working individuals who believed in the power of community. These individuals represented former banana farmers and construction workers, housewives, and inexperienced youth from nearby villages. With training and dedication, they have evolved to become a family of compassionate, professional individuals, united in the purpose to exceed international visitors expectations as evident in Jungle Bay's numerous accolades.

Around 100 families have dedicated themselves to making Jungle Bay the leading Caribbean sustainable tourism model. "We call ourselves the Jungle Bay family" and live by the simple motto that "our job is to make every guest happy".

These people that you and I have all come to know and love need your help urgently.

Jungle Bay, its staff, and past guests have greatly contributed to those less fortunate in our community through a series of initiatives. These initiatives include support of the House of Hope home for disabled individuals, libraries through Open Books Open Minds, mentorship of young entrepreneurs, general care, wellbeing and health initiatives, and overall contributing to the social development of the community.

How YOU can HELP our displaced staff

We are appealing for financial contribution to you, our past guests and friends of Jungle Bay. Many of you have experienced the hospitality, love, affection and warmth of Joanne, Jannet, Justinian, Ritchie, Brother, Carlos, Keith, and the dozens of others including those who worked behind the scenes to make the Jungle Bay experience amazing and memorable. (From