While the Roosevelt Skerrit government is gearing up to begin building an international airport in Wesley, a community group may be getting ready for court 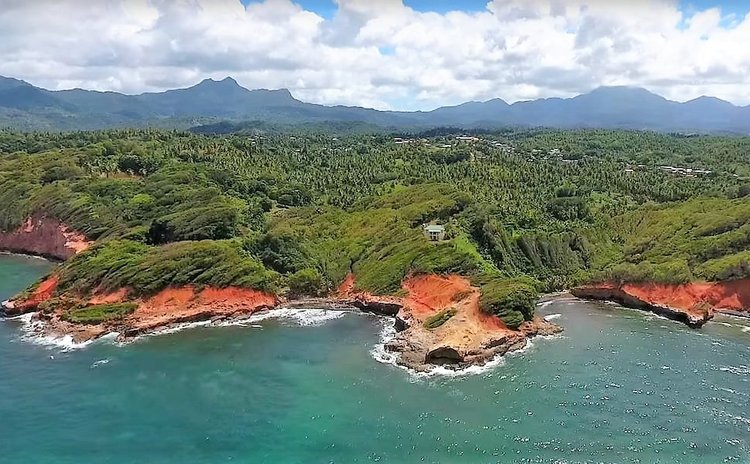 The Roosevelt Skerrit government could face a legal challenge to its decision to construct a jet airport in Wesley.

While keeping its plans "close to our chest", a group of locals opposed to the proposed site has refused to rule out a lawsuit in an effort to bring Skerrit's plans to a crashing halt.

Pressed on whether the course of action includes seeking recourse via the courts, all Edwards would say was nothing was off the table.

"We'll keep all the options on the table, full stop!" said the spokesman.

In his independence address on 3rd November, the prime minister announced that government had acquired the land for the airport and he expected to complete compensation negotiations with landowners by the end of this month.

However, Edwards suggested that the regime was less than open with the land acquisition, stating that it was done while residents were occupied with the coronavirus. In addition, he contended, there has been no discussion with the community.

"The government's behaviour is one that translates into either ignorance of the impact this project would have on the Wesley community, or blatant disregard of that. And I say that because the consultations that the government has had have been extremely limited - they are like sidebar discussions that are being held with some individuals who are seen as party supporters," he said.

WEDO was formed to guide the community's sustainable development and to "promote and enable adequate community participation, dialogue and exchange of ideas and development initiatives" planned for the community. The group, which has been organising awareness-raising events about its concerns, contends the airport runway will run through the village, destroying its history and heritage and dislocating its residents.

In his progress report on the long-promised airport, Skerrit revealed that an American firm had been engaged "to provide advice and oversight" and the airport site would be handed over to the developers on the 1 December, with construction set to begin by March of next year. He did not name the firm.

The Wesley group is suspicious of the timeline, with Edwards questioning whether the administration had ulterior motives.

For years, Skerrit has promised Dominicans a jet airport, with alleged sources of funding fluctuating with virtually every pledge. These include a November 2013 announcement of a US$300 million agreement with the Chinese firm, Anhui Shui An Construction Group, to include construction of the airport at Crompton Point. At the height of the election campaign last November, he claimed he had received proposals from firms from China, India, Dubai, two multilateral agencies and independent developers in Europe and the Americas to construct the airport.

In May 2014 it was the Chinese government who would build, own, operate and then transfer the facility to Dominica, according to a government statement at the time, and in September 2018 Skerrit said he had set aside "over $200 million" into an airport development fund from the sale of passports for the oft promised airport. He said then government would make monthly deposits of US$5 million into the fund at the National Bank of Dominica. However, last week the prime minister told parliament that only EC$239 was left of about $150 million in the account at the end of June 2018.

Skerrit's many airport stories have left Edison James - the former prime minister whose United Workers Party administration had begun work on an international airport in Londonderry before it was voted out of office in 2000 – convinced that this government will never build such a facility.

Demanding answers as to why Skerrit abandoned the site identified by the UWP over 20 years ago, James also lamented the absence of environmental and social impact studies on the proposed site.

"How can you be building an international airport … and you're going to be handing over the land to the developers in the next four weeks and we do not have any, any studies done that have been exposed to the public?"

Unlike James, Crispin Gregoire, an international development expert and former diplomat, has refused to rule out the airport, telling The Sun it was likely that Beijing would be involved.

"I'm coming to the realisation that there may be a Chinese company that he [Skerrit] has found who is ready to build and operate the airport," said Gregoire. "Knowing China, knowing their interest in the region . . . It's not farfetched, that is why I won't take the same position as Edison. I would say there's a realm of possibility."