T.S.Erika: Her Truth and Her Challenge 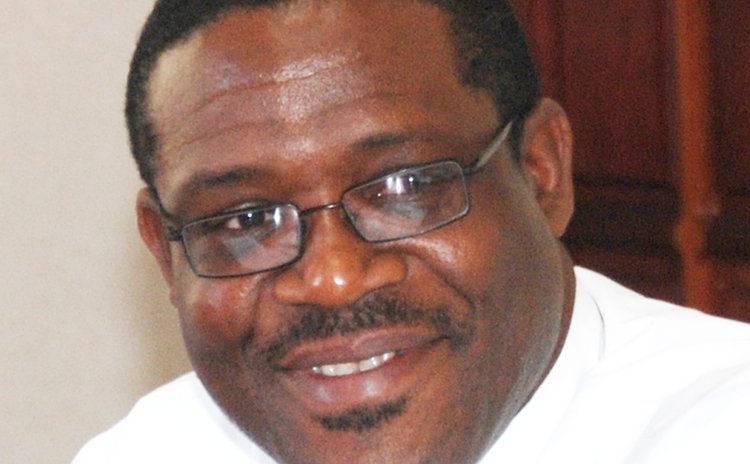 As we celebrate thirty-seven (37) years of nationhood, it is fitting for us to reflect on the notion of independence in relation to the devastation caused be Tropical Storm Erika. We must approach it as a truth and a challenge, but also cognizant of the lessons to be learnt.

In the second paragraph of his latest Encyclical Letter, Pope Francis, in the Spirit of his patron St. Francis of Assisi stated:

"This sister now cries out to us because of the harm we have inflicted on her by our irresponsible use and abuse of goods with which God had endowed her. We have come to see ourselves as her lords and masters, entitled to plunder her at will. The violence present in our hearts, wounded by sin, is also reflected in the symptoms of sickness evident in the soil, in the water, in the air and in all forms of life. This is why the earth herself, burdened and laid waste, is among the most abandoned and maltreated of our poor; she 'groans in travail' (Rom 8:22)." (Pope Francis, Laudato Si: On Care for our Common Home, May 24, 2015),

Implicit in this statement is a universal call for concern for what could be responsible for a phenomenon such as T.S.Erika, that is, the fact of global warming. The cry on the lips of every Dominican on August 28, 2015 was: "We have never seen anything like this." This is confirmed by the reality of Patricia, the strongest Hurricane recorded in history, which poured down on the Mexican mainland on October 24, 2015.

Truthfully, the passing of Erika has altered the developmental path on which our nation had set herself. This situation of crisis has provided and will continue to provide opportunities for citizens to rise to their very best. In fact, I dare submit that Erika has created a platform for a better understanding of the meaning and significance of nationhood.

The aftermath of T.S.Erika afforded the demonstration of great solidarity towards those most affected and sympathy with the bereaved families. The promptness with which the Government with the assistance of its neighboring counterparts expedited the evacuation of families from potentially dangerous locations was commendable. The willingness shown by our citizens in providing accommodation for individuals and families who were in need was a heroic gesture. The responses of local, regional and international organizations: NGOs and faith-based groups and Churches deserve commendation. The overflow of support from individuals and well-wishers on the local, regional and international levels deserves tremendous praise. The assistance of the various organizations and individuals in providing the much needed counseling deserve recognition. The truth is, assistance at different levels came from various sources.

On behalf of the Diocese of Roseau, I express sincere gratitude to the various organizations that have come to the aid of Dominica through the Church. I speak of:

1.The Bishops of the Antilles Episcopal Conference, the Clergy and Religious, parishioners, Church organizations and individuals who shared their treasure, in cash or in kind;

2.The Dioceses, parishes, organizations and individuals from outside the Antilles region which assisted in so many ways to alleviate the plight of the Dominican people; and

3.The many volunteers at the temporary shelters, the individuals and families who opened their homes and their hearts to families and persons in need and those who assisted with counseling facilities and shared themselves in many ways.

It is important in this time of national celebrations, to recognize the efforts of the individuals and service groups which, by virtue of their positions and their dedication to responsibility, kept things together as was particularly needed in the days immediately following Erika. They include: His Excellency, the President, the Honourable Prime Minister, the Leader of the Opposition, other Members of Parliament, religious leaders, health personnel, the police, teachers and other civil servants, the business community, farmers and fisher folks among others. From all indications, Erika brought the best out of Dominica and her neighbours.

Notwithstanding the fact of self-determination, by which Independence is normally characterized, in the time of crisis all bilateral and multilateral partners demonstrated the value of working towards the good of those in need. My prayer however is that, the lessons learnt from this crisis would translate into a national and regional philosophy.

Moreover, Erika leaves us with an important challenge; the very one which the Holy Father, Francis poses through the above-quoted encyclical. Erika challenges our philosophy for future development. After the dust settles, if our sense of responsibility for brother earth does not experience conversion, we will be in danger of many more Erikas. Anything we do to affect the ecological balance of our habitat, even as small as the indiscriminate disposal of our garbage, places us in greater danger in an already vulnerable region.

May Erika serve as a great lesson, teaching us the value of partnership, individual and communal resilience, brotherly and sisterly concern, responsibility for Mother Earth, and above all, love for the Creator who teaches us through the events of life. If we adhere to these guiding principles our future will have a fighting chance.